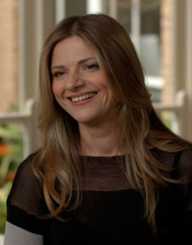 Julia Zemiro is a French-born Australian actor and television presenter and is best known for hosting the live Australian music trivia quiz RocKwiz.

Julia Zemiro was born on 14 April 1967 in Aix-en-Provence, France. Her mother, Jane Zemiro, was born in Australia and was a teacher. Her father, Claude Zemiro, was born in France and owned a restaurant. The family moved to Australia when Zemiro was two years old. Zemiro was a pupil of Sydney Girls High School. Upon graduation, she studied for a Bachelor of Arts at the University of Sydney. Zemiro began acting in Sydney she performed and trained at the Belvoir Street Theatre. Her love of drama led to her dropping out of university and enrolling in the Victorian College of Arts and Drama. Zemiro joined a Melbourne improvisation group and regularly performed at the Melbourne Comedy Festival. She performed with a group called Spontaneous Broadway.

Julia Zemiro graduated from the Victorian College of Arts and Drama in 1993, and she joined the Bell Shakespeare Company. She also appeared in some short films that were shown at film festivals around Australia. Zemiro entered Backpackers at the Melbourne International Comedy Festival in 2000. Zemiro wrote, directed and acted in Backpackers. Zemiro also appeared in some musicals based on the Eurovision Song Contest, which is hugely popular in Australia. She also continued to perform in theatre sports competitions. Zemiro made her first foray into television presenting on the show World Telly 2. ABC produced the show for its Australian TV channel. Zemiro also appeared as a regular guest on the comedy panel show Good News Weekly. She wrote for and appeared in the sketch show Full Frontal for two years.

Zemiro first hosted the music quiz show RocKwiz in 2005. The show involves live performances and audience participation. It has run for fourteen seasons and one hundred and seventy-seven episodes. Zemiro was a judge on the cookery show Great BBQ Challenge in 2006 and 2007. Zemiro won Australia’s Brainiest Morning Star, a quiz show where she faced off against other presenters from Australian television. Zemiro has been a co-commentator for Australian TV’s coverage of the Eurovision Song Contest. Zemiro first commentated on the song contest for the 2009 Moscow contest and had commentated every year since most recently 2016 in Stockholm. She also appeared in a promotional clip sent to the Eurovision in 2014 asking that Australia is admitted to the competition, which they were in 2015.

In 2012, Zemiro appeared in the miniseries Conspiracy 365, a tv series based on the novels of Gabrielle Lord. Zemiro has twice been a guest on the British quiz show QI. Zemiro is fluent in French and took a French-speaking role in 2013 TV film, Accidental Soldier. Zemiro also hosted a short interview programme titled Julia Zemiro’s Home Deliveries. The show saw Zemiro interview comedians. As well as her TV success Zemiro continues to work in theatre. In 2014 she appeared in a production of Cyrano de Bergerac.