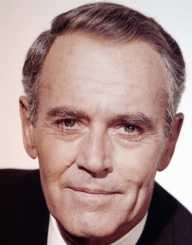 Walter Thomas Houston was born 5th April 1883, to Robert and Elizabeth Houston. He was born in Toronto, Canada, with one brother and two sisters. His father had been a farmer in Orangeville, Ontario, but opened his own construction company in Toronto.

Walter Thomas Houston attended Winchester Street Public School in Toronto. He had a busy life as he grew older. He was studying engineering and working for his father at the same time. In his spare time, he studied at the Shaw School of Acting.

1902 was the year Walter Thomas Houston made his acting debut. He toured with different production companies, acting in a variety of plays.

He got married in 1904 and had to leave his acting as the income was not sufficient to support his family. He moved to the US and found employment as a manager in power stations. His first job was in Nevada, the second in Missouri. In 1909, due to the power station having a faulty design and almost causing a catastrophe in Missouri, Huston found himself out of work. He went back to acting in stage productions.

With his first marriage breaking down, Walter Thomas Houston met an actress, Bayonne Whipple, who he married, and performed vaudeville with for the next few years to earn their living.

Walter Thomas Houston then moved on to Broadway, where he debuted in early 1924. He performed in several Broadway productions, his fame and popularity growing.

He then moved into acting in Hollywood when talking movies began, and starred with Gary Cooper in The Virginian in 1929. Walter Thomas Houston continued in both acting and Broadway productions, and was prolific with his work through the 1930s and 1940s.

Walter Thomas Houston's last movie was in 1950, starring with Barbara Stanwyck. The movie was a western, called, The Furies.

In 1915, he married Bayonne Whipple, a fellow vaudeville performer. They divorced in 1924.

Huston’s third marriage was to Ninetta Sunderland in 1931. The couple was still together at the time of his death in 1950.

Walter Thomas Houston received his star on the Hollywood Walk of Fame in 1960. He was also inducted into the American Theater Hall of Fame.

His son, John, began work  as a screenwriter, but then went on to become an actor and Academy Award-winning director.

Walter Thomas Houston had several grandchildren, including Angelica Huston, who all became actors.