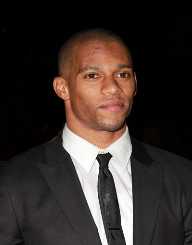 American footballer Victor Cruz was born on the 11 November 1986 in Paterson, New Jersey. His father was Michael Walker, a firefighter and his mother Bianca Cruz was born in Puerto-Rico.

Victor Cruz graduated from Paterson Catholic High School in Paterson, New Jersey in 2004. During his high school years he played football, but as there were no scholarships available, he did a postgraduate year Bridgton Academy in Maine. He later attended the University of Massachusetts.

Victor Cruz was not drafted in the 2010 NFL. He then signed with the New York Giants and in 2011 was in the starting lineup. During this first season, he set a club record in receiving yards. His stats for 2011 were: 82 receptions, 1,536 years and nine touchdowns.

Shortly after his first Pro Bowl season, Victor Cruz was offered a five-year, $43 million contract extension with the Giants. He sustained injuries which ended his season in December 2013, in 2014 he tore a tendon which prematurely ended his season for the second year in a row. He injured again in 2015, and in 2016 he returned to the field. He played seven seasons with the Giants with two years at Pro Bowl level.

Victor Cruz is in a relationship with Elaina Watley, and the couple has one child, a daughter named Kennedy.