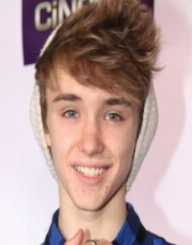 The world has drastically changed, and we couldn’t agree more that technology has become a daily bread in our lives. The World Wide Web helps the young and the old to get along with emerging trends. This is what gave birth to appealing social network like You Now, Facebook and YouTube. Teens have also embraced the online platform in an exemplary manner, and Hunter Rowland is one of the favored one. At 16 years old, he came to prominence as a social media star, all thanks to YouNow broadcasting site. It is a social network that allows starters to broadcast themselves live to fans and peers. According to its founder, Adi Sideman users tend to broadcast in the platform for as long as they want. Isn’t that interesting! I guess this is what made Hunter choose YouNow application. Let’s see what he has in store for us.

Hunter is known for his confidence, dynamic and well-driven nature. At times people are quite impressed by his level of spontaneity and willingness to get to the point. Just like his live broadcasts; Rowland is shockingly direct and true to himself. It seems like he likes to make his own decisions, but his organized nature helps him to keep himself in order. However, he hates to adjust to small things, especially things that don’t cause a dime. He enjoys most when he is tackled with different activities that make him glow at the end of it all. To get rid of boredom, Hunter spends more time on social media where he talks with his fans. Above anything else, this is what makes his day. Not to mention his mother is his closest friend. When it comes to recreational activities, Hunter loves to swim, hike and play basketball. His end goal is to make sure that his fans are happy and energetic.

On April 5, 2001, Hunter Rowland was born in Florida, in the United States to a model Christine Rowland. At five years old, his father left them, and he doesn't seem to have close contact with him to date. As a young family, they went to live in Arizona where he still loves to spend time with his younger brothers, Ashton and Brandon Rowland. He has a half-brother called Tyler Gebhardt and sister named as Alexa Gebhardt. In 2016 Hunter and his closest friends, Blake Gray went together on a Magnon tour.

Brandon introduced Hunter to a new application called YouNow. It was there that he met and interacted with new people. Early in 2015, Rowland started to become an active member of his new account. In one years’ time, Hunter rose to stardom as a social media teen. Although he had an argument with Blake on social media, his confidence brought them back together. Soon he became an inspiration to his fans. Being an active member of his social accounts, Hunter gathered more courage to face life as it is. Although he has been bullied before, online platforms tend to strengthen his personality. At only 16 years of age, Rowland has a lot in store for us. So, watch this space.