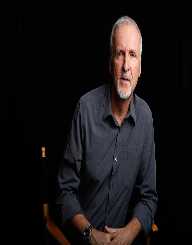 With his hit which breaks record, Avatar, Titanic and Terminator. James Cameron is a known to be a fan of great science fiction film from childhood. He, in fact, went ahead infusing science fiction into his films and this evident in most of his films like Alien and Avatar. He has won and received a lot of Awards and nomination.

He got some awards as regards to his large-scale hits as well as his expensive production. The 1997’s Titanic is known as one of the most expensive movies and the first movie to earn more than $1 billion. James Cameron got 14 Academy Award nominations with this film. He also got three Oscars for himself on his project. He got the Oscar Award for Best Director, Best Film Editing and Best Picture respectively.

The young James Cameron was born on the 16th day of August 1954 in Kapuskasing, Ontario, Canada. He, as a science fiction fan, pursued his education in Stamford Collegiate School in Ontario. Later, he transferred to Troy High School. Upon completion of the high school education, he got admitted into Fullerton College where he studied Physics but dropped out before graduating. To support himself, he worked as a truck driver. As a truck driver, he learned all that he could learn about special effects on a movie for him to become the filmmaker he aspires to be.

1978 seems to be the starting year for the young James Cameron in the field of filmmaking. He made his first film which happens to be a science fiction short video. He named it Xenogenesis. This film got him a job with New World Pictures (Roger Corman ran company). At New World, he worked on different projects and roles. He worked on Battle Beyond the Stars and served as the director on Piranha II: The Spawning. During this shooting, he failed to take a close-up of actress Carole Davis. The company fired him. However, he stayed with the producer as an assistant director.

It seems the sack letter he received from the New World Pictures is the propeller of his fortune. His fortune took a turn in upward in 1984 when he wrote and directed The Terminator. This movie is a science fiction gripping movie that received a lot of acclaims all over the world. The movie tells the story of a robot from the future. This robot traveled down to fight in a yet to occur war between the humans and the machines against the leader of the resistance. This film helped him got a job with Ridley Scott in his film Aliens. His work with The Abyss did not, however, gained the impression many had always wanted. People were not too impressed with the storyline. However, the visual effects in the film were stunning and indeed earned him an Academy Award.

To break through again with another hit, James Cameron worked with his third wife in her action flick film, Point Break. The film seems to be a prophecy on their relationship as they broke up almost the same time. He returned in a form that year with a box-office hit, Terminator 2: Judgment Day. He broke new ground on his impressive visual effects and earned more than $200 million.

The break of 1997 brought the cult movie Titanic with Leo DiCaprio and Kate Winslet as lead roles. James Cameron budgeted $200 million on the film. However, the impression of the earning first instance was not encouraging. Later, the audience was impressed with the film, and it became the highest earning movie of all time. For the next years to come, he concentrated on documentary movies under his banner Earthship Partnership. His documentaries are titled Aliens of the Deep, Lost Tomb of Jesus among others.

2009 brought the birth of Avatar which was released in 3D. This movie broke the so-called record of Titanic. In fact, it proved to be the world breaking the record in the world of Cinema. It earned $1 billion.

James Cameron won some awards for his impressive movies.

James Cameron got married four different times between 1978 and 1999 to Sharon Williams, Gale Anne Hurd, Katherine Bigelow and Linda Hamilton. He also got married to Suzy Amis in 2000. He has four children and a present associate of NASA Advisory Council.