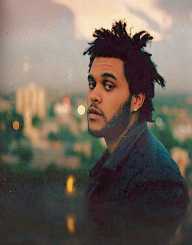 Abel Makkonen Tesfaye is famously known as The Weeknd. He is a famed Canadian singer and a songwriter. He has also ventured into producing in his career. The Weeknd rose to fame in 2011 after releasing a mixtape dubbed House of Balloons. This gave him the opportunity to work with renowned music icons such as Wiz Khalifa, Drake, and several others. He recently enjoyed a remarkable success after releasing the album titled Beauty Behind the Madness in 2015. One of the hit singles that brought the high album acclaim was “Can’t Feel My Face.”

The Weeknd was born on February 16th, 1990. His birthplace was in Toronto, Canada. He was the only child of Samra Tesfaye and Makkonen. His parents migrated from Ethiopia to Canada during the 80s. The Weeknd did not get the chance to mingle with his father as he left the family when he was still young. Growing up, he considered Michael Jackson to be his role model. Moreover, he also took inspiration from conventional Ethiopian music.

The Weeknd began exploring his music career while he was still in high school. He dropped out of school and continued striving for his dream. In 2011, he released House of Balloons which was free for download. This gave a huge boost to his music career along with other two mixtapes that he released. Moving up, he partnered with Drake in his 2011 album titled Take Care. Some tracks featured in Take Care were from House of Balloons. Within no time, The Weeknd landed himself a life-changing deal with the Republic Records.

The Weeknd’s mixtapes that he had recorded earlier on were re-released in Trilogy -2012. These mixtapes became an immediate hit, and with no time they were classified as platinum hits. Regardless of the success that he had acquired, he was away from the public eye. He even preferred to use women’s images on his album rather than making use of his images. This was in the Kiss Land 2013 album.

Apart from working solo on his work, The Weeknd has collaborated with several other music icons. In 2012, he made an appearance in “Remember You,” Wiz Khalifa’s hit song. Two years later, he worked with renowned rapper Rick Ross on the album called Mastermind. He has also worked with Max Martin, a producer in the making of “Love Me Harder” by Ariana Grande.

In 2015, The Weeknd continued to enjoy enormous success with the hit album dubbed Beauty Behind the Madness. This was ranked as No. 1 on the charts. Around this time he also released the highly acclaimed single “Can’t Feel My Face” which won the hearts of many. After such a remarkable performance within a few years, in 2016, he earned up to seven nominations during the Grammy Awards for that year. He, however, managed to bag home a Grammy for the R&B hit song, "Earned It." Apart from this, he was bestowed with an Oscar nod for Best Original Song which featured the same R&B song, "Earned It."

In spite of hiding himself from the public eye, his relationships have not been considered private. The Weeknd was involved in a romantic relationship with Alice Ustinova which ended in 2012. After this, he entered into a relationship with Bella Hadid, a model. The two were seen together as a couple during the 2016 Grammy Awards held in February. In 2016, rumor was out in the streets that the lovebirds had called it quits.

The Weeknd has also been involved in legal issues in 2015 after punching a police officer. This led to his sentencing to 50 community service hours.