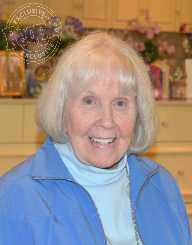 Doris Day is an American Actress that is highly renowned for her animal rights activism as well as her music. She is also known by the American audience for her performance in a romantic comedy, Pillow Talk. She was nominated for Academy Award for the Best Actress in a Leading Role in the comedy. In the 1950s, she has become one of the most popularactresses in Hollywood as well as a talented singer. Her show business started with music but later became popular following the release of her first hit Sentimental Journey. Since then, she has made over 600 recordings to cement her reputation as one of the most successful female singers of her time. Her natural love for the performance art made her go into acting. She was starred in different movies till she became a sought after star.

Doris Day was born on 3 April 1922 in Cincinnati, Ohio. Her mother, Alma Sophia, was a housewife while her father, Wilhelm KAppelhoff was a music teacher as well as a choir master. While she was still a kid, her parents separated and had to live with her mother. Her interest in music and dance had been kindled from ayoung age. She had to team up with Doherty in the mid-1930s for dance purpose.

Doris Day, however, dropped her ambition of becoming a professional dancer due to an accident which affected her legs. She listened to a lot of songs which she sang along while recovering. It was during that period that her talent of singing was discovered and she received lessons from Grace Raine.

Doris Day started her professional career on WLW radio program, Carlin’s Carnival as a professional vocalist. She attracted a lot of people including Barney Rapp with her program. Barney Rapp later met with her, and they started working with each other. It was then she adopted the stage name, Doris Day in 1939. Shelater went on to work with Les Brown to release Sentimental Journey in 1945. She became very much popular and established in her career as a successful singer after then. She has a good relationship with Brown as she performed many songs with Brown’s Band and became a much-loved voice in the 1940s. She later met a composer, Jule Styne who asked her to perform in the film, Romance on the High Seas. The Movie was her debut as a filmactress, and she got her first no one hit recording as a soloist with It’s Magic. She became a big star in the industry by 1950s.

Doris Day co-starred with James Cagney in Love Me or Leave Me which was based on the biography of Ruth Etting, a singer who rose from dancer to movie star. The film had a commercial hit and became Doris’s biggest hit so far. She had memorable performances in 1959 as she starred in Pillow Talk and some other films. Doris Day became more successful in the 1960s as she went ahead in appearing in hit films. The death of her third husband in 1968 made her realized that her husband had squandered her earnings. She started appearing in the television series although she hated the idea. She acted in The Doris Show which ran five seasons before she chose to retire in 1973.

Her major work undoubtedly is the romantic comedy, Pillow Talk in which she portrayed one of her finest performances. Doris Day also played a successful role as an interior decorator who has several and multiple telephone lines with a playboy. The whole situation was, in fact, hilarious and earned her awards and nominations.

Doris Day married Al in 1941, and the result of the marriage was Terry. She, however, divorced him in 1943 due to his physical abuse. She married George Weidler in 1946 with whom he ended the relationship in 1949. Her third marriage was to Martin with whom he had a relationship of 17 years with. He, however, died in 1968. She married Barry Comden in 1976 after the death of her previous husband. They both divorced in 1981.