Birthday Number 18 – Born On The 18th Day Of The Month

Those born on the eighteenth of the month have the influence of the 1 and the eight but also the 9. Birthday number 18 or soul power number 18 can be tough and ambitious. Eighteens are lucky with money. They need to be careful of this though so they do not make hasty or impulsive financial decisions. Also, be cautious when lending money to people. You tend to be a sucker for a sob story. So, remember if you lend someone money to expect that you will never see it again.

So is number 18 a lucky number? The lucky Days for the Number 18 are Tuesdays, Thursday and Friday but especially Tuesdays because this is Mars Day. Lucky colors for nines are red and crimson or any other shades of red or pink. And the lucky stones are ruby, garnet or bloodstones.

Born on the Eighteenth – Personality

Birthday number 18 people are talented in the areas of law, politics, religion, and art. They will probably be educated in many different fields. They will do a lot of traveling and can relate to many kinds of people. Also, they are very intuitive and emotional. They tend to be late bloomers, and it will take them time before they decide on their career path. In their heart of hearts though they want to help humanity. They blossom when helping others. The more they give, the more they will receive spiritually as well as financially. 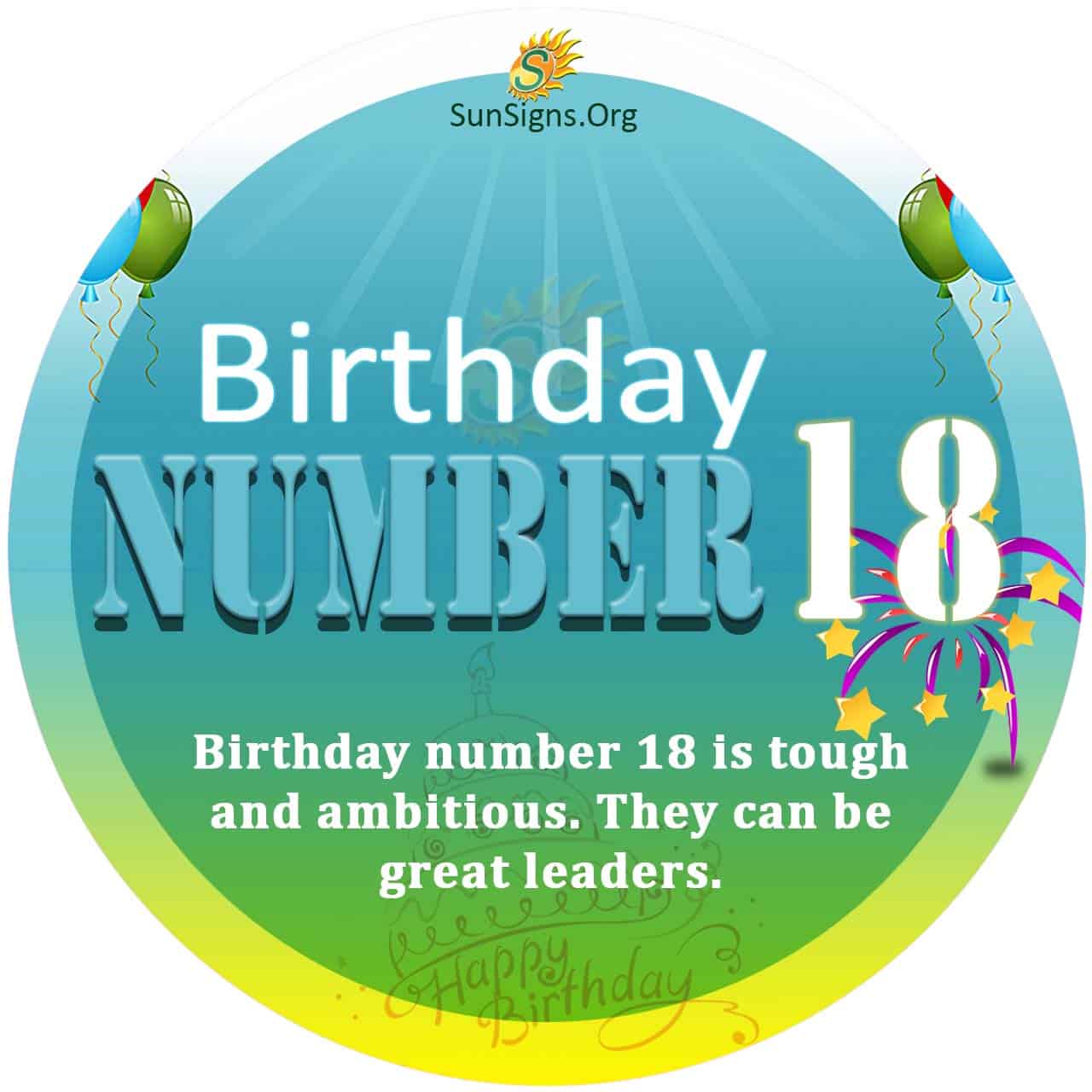 The birthday number 18  numerology can be one of the conflicting extremes. They can be either be very successful or very jealous of another’s success. Also, they can be highly intuitive or completely oblivious. They can be their own worst enemy and have to guard against this.

Birthday number 9 is a major influence in the lives of those born on the 9th, 18th and 27th. The number 9 is symbolized by the Planet Mars. It is the number of energy, force, destruction, and war. Those born on the 9th, 18th, and 27th usually have a hard time in their early years, but they are fighters. The number 9 can never be destroyed for the 9 when multiplied by any number always reproduce itself. For instance, nine times two is 18, and one plus eight is 9 and so on.

People born on the 18th can be very insecure despite their intelligence and hard work. They can be quite sensitive, and when they feel insecure, they can become too accommodating or very stubborn. They need to learn to talk it out more or trust their instincts.

18 birthday personality can be great leaders, but they can sometimes come across too harshly and risk losing friends because of this. If they can learn to soften their personality, this would go a long way towards their popularity.

Birthday number 18 meaning shows they may have been some issues in early childhood or from a family where there are negative attachments. They may have left home at an early age and still have a tough relationship with their parents. They will have to learn to let go of the negativity in their life. Their challenge is to forgive and accept what is done so they can move on. If they entertain any thoughts of revenge, it will only backfire against them.