Birthday Number 14 – Born On The 14th Day Of The Month

Those born on the 5th, 14th or 23rd then you have two sides to their personality. Birthday day number 14 people are intuitive and intelligent yet analytical. They can adapt to their surroundings and tend take on the personalities of those around them. They are like chameleon spirit guides.

The number 5 is for the planet, Mercury. Mercury is the son of the Moon and Jupiter’s wife. The moon ran off with Jupiter’s wife, and their love child is Mercury. Thus, Mercury is known for being moody (the term is mercurial.) Mercury is also known for duality and wit. Number 5’s are fast thinkers, but they also change their minds quickly as well. 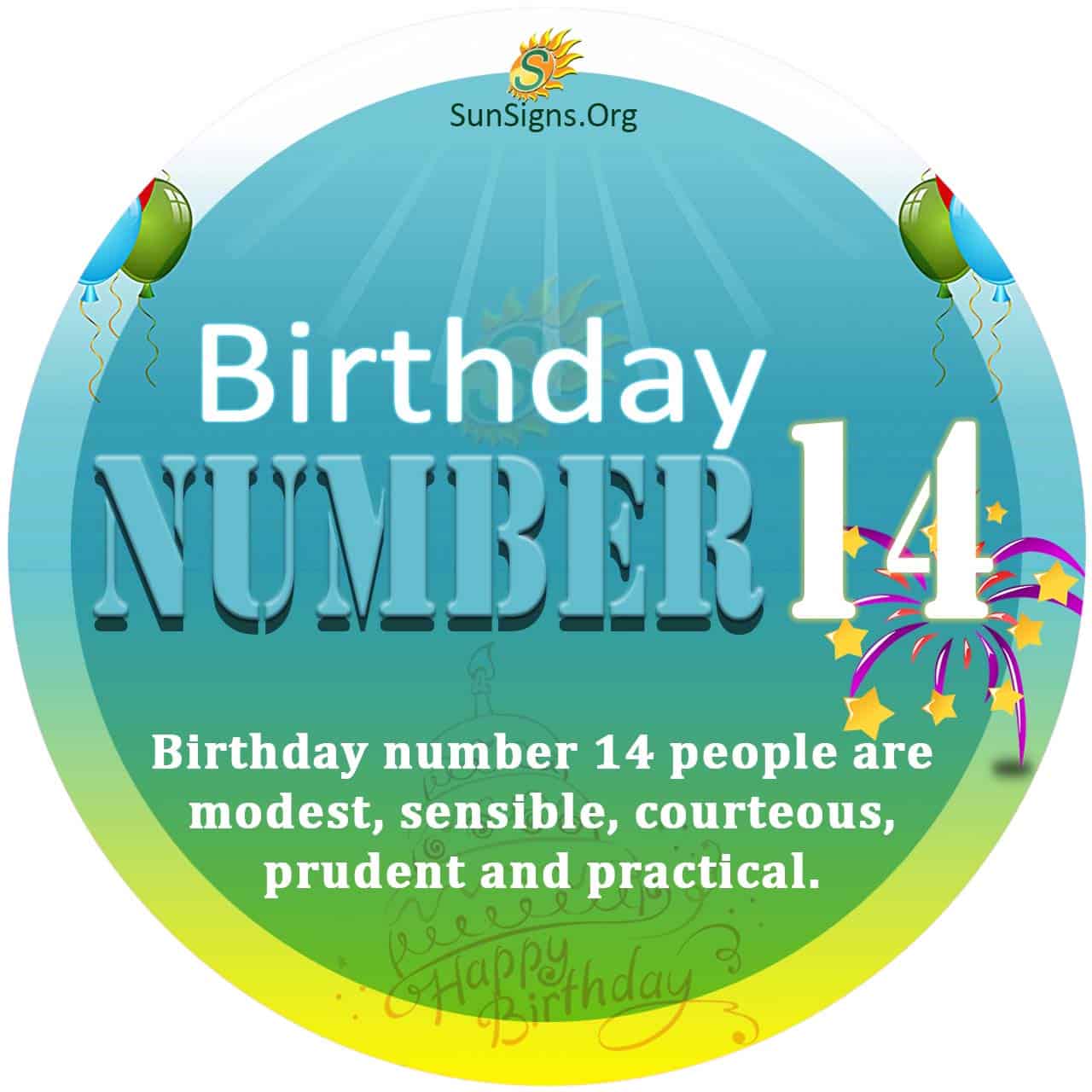 What is so special about the number 14? Those born on the fourteenth are very different than the birthday thirteen’s that came before them. Where the 13 loathes change, the 14 lives for it. Birthday number 14 people love excitement and change. They love to travel and try new things.

Born on the Fourteenth – Personality

Birthday number 14 people are modest, sensible and practical. They are hard working, courteous and prudent. They can also be impulsive and unpredictable. Those born under the number 14 generally love money. They think everyone lives for money as much as they do so usually their friends and spouses are as greedy as they are.

Is number 14 a lucky number? Those born on the 14th are an odd combination indeed. The number 1 is fiery and ambitious where the four is intelligent and methodical. They add up to the number 5, as their master number who loves freedom. Money is freedom in a sense – it can allow people the freedom to do whatever they want to do. Those born under the 14 work hard to make money to have freedom and happiness.

Birthday number 14 are usually quite adaptable and creative. They constantly need to change jobs, partners, and homes to the point of frustration. Then they will be building their life all over again and again. They need to be cautious to avoid this. It will help to have a stable influence in their lives.

Those with life path 5 are talkative and egotistic as well. They can make friends easily, but they can also move on quickly. Put two 5’s together, and they will most likely argue or fight because they both want to talk at the same time.

Fourteen’s get bored quickly, especially with the same old thing. They need to be careful that they don’t change too much because this can lead to losing too much. Then the 14 become sad or depressed. Although the 14 are usually adaptable, they can become upset or emotional when they lose too much or act without thinking.

Birth number 14 people have to be careful to develop their personality. They may have had a strict upbringing in their childhood where they were told what to do.  As a consequence, now they don’t know who they are. So they tend to borrow from their environment. Some people might think that they are phony, although they do not mean to be. They need to figure out who there are and what they want and like.

Those with birthday number 14 can be prone to pessimism. They really will be better off if they can be more positive and optimistic. However, sometimes their spontaneous decisions might not be the best choices for them. This can bring about jealousy or sorrow.