Solar animals are totems whose symbolism corresponds and harmonizes with fire and the sun. They can also be referred to as fire animals, as fire provides warmth and light for your life. As animal totems, these animals inspire us to do whatever we must to kick start our internal fire and set our goals into action. Solar animals can tell us many things about ourselves, such as certain personality attributes, attitudes, abilities, and shortcomings. Your relationship with these animals may be seasonal, and this is OK, for like the seasons, we all are constantly changing and evolving. All of nature and life is cyclical.

This type of spirit totem, like others, acts as a teacher, guiding you along your path, inspiring your spiritual side and promoting understanding and growth. The fiery animals incite us be bold in our actions, lighting both our paths and the paths of others as a strong and fearless leader. Although there is a seemingly endless list of creatures that can be classified as solar, there are several that are quite common and highly regarded: rams, lions, roosters, and, most obviously, dragons.

Historically, fire element and their individual meanings were associated with the power of the gods and making connections with them. These bonds worked to inspire humans with concepts of energy, power, passion, and action, guiding them to live a meaningful life. Specific animal totems that were considered to symbolize the gods and royalty in general include the ram, dragon, lion, eagle, and, of course, the mythical phoenix.

The ram in particular is especially strong in this realm of spiritual beliefs. In addition to being the representative of the dominant and robust gods Zeus, Apollo, Baal, Ea, and Indra, rams are indicative of enthusiasm, potency, masculinity, and hot-headedness. In a more calm and positive light, this creature is also known to symbolize precise calculation and creativity.

Another seemingly unlikely powerful solar creature is the slimy salamander, which heralds purity, faith, and passion. In fact, there is an ancient myth which credits this creature with how to create and use fire. Both the Greek and Roman mythologies viewed the salamander as crucial to fire, living within it and representing it itself.

As a cold-blooded amphibian, it was believed to bear the fire and come out alive by utilizing its cold body. This is a symbol of keen intellect, self-preservation, and drive. This story and the beliefs associated with it also made the salamander a powerful alchemical symbol. A different ancient account speaks of salamanders sleeping in dormant volcanoes. If the volcano erupted, it was interpreted as the flowing wrath of the salamander with its lava tongue burning everything in its path.

However, each other solar animal symbol had (and continues to have) its own unique meaning(s) and value. As mentioned before, the regal lion has also been a strong representative across many cultures. A symbol of courage, wisdom, protection, loyalty, and justice, the lion embodies tenacious yet compassionate qualities which are associated with fire and the sun. He is a brave and fierce leader who happens to be pictured on the Tarot Strength card, appropriately.

However, the lion can also appeal to humans’ softer side as a sign of benevolence and grace. In traditional alchemy, this big cat is held in the highest regards, as it symbolizes both the sun and the element of gold. Both of these represent the highest attributes and qualities of ascension and enlightenment, so much so that the lion is revered as the ultimate protector of the alchemical secrets. 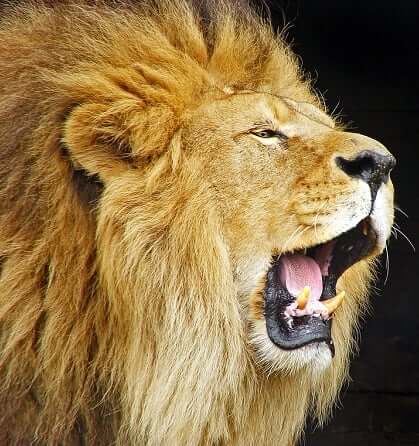 Two other creatures, the rooster and the dragon, are particularly prominent in solar animal symbolism of the East. In Japan, roosters are considered sacred animals and even run free in the Shinto temples. As representatives of watchfulness, courage, reliability, and a fighting spirit, they have a strong connection with solar energy. Western cultures have also accepted its value as an emblem against evil, protecting their houses with rooster weather vanes.

Similarly, the Chinese dragon is the ultimate solar symbol, encompassing and containing all human and natural dualities, as it is an altruistic being. They are the master of all areas, encompassing the properties of motion, vigor, protection and swift action. Dragons command authority, while also representing warmth, admiration, good luck, and one’s ancestors.

Other solar animals include the bear, pheasant, swan, eagle, hedgehogs, peacocks, spiders, and horses. We can call upon any of these creatures for guidance when we want to channel the meanings and inspiration of solar creatures.