Symbolism is everywhere and in everything. Some people notice this more than others. Even those who see it don’t always use it. There is one artist that always makes sure to put symbolism in his art. In fact, he gets his inspiration from the symbolism around him to make his art. This artist is Goran Jonsson.

Goran Jonsson is a Swedish artist who has been using symbolism in his art for years. His most common art comes in the form of jewelry and other sculpted things. His designs are unlike those that you would usually see in a normal jewelry store. His designs are breathtaking to say the least. 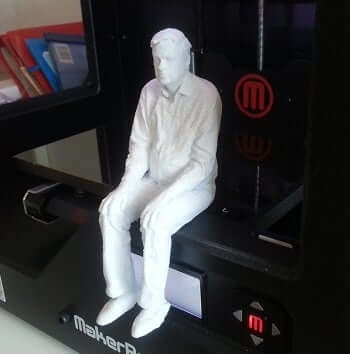 In his art, Goran Jonsson really seems to like to use triangles. In many of his pieces, you can see abundant triangle symbol use. Whether the triangles are easy to notice, or if they are hidden in his art pieces, it still begs an understanding to the symbolism behind all of these triangles. Triangles, as simple as they look, have their own highly complicated symbolic meaning to them. This is because of their three sides. The number three is highly important in symbolism as well.

This is one of the big reasons why triangles are so symbolic. Many important things come in groups of threes, or trinities. Some important trinities are the religious father, son, and holy ghost. As well as the good, neutral, evil; father, mother, child; past, present, and future. There are many more trinities, but these are just a few of the most common. The triangle itself is highly symbolic, which makes Jonsson’s art all the more interesting.

One other interesting thing about Jonsson’s art is that he tends to make most of it out of silver. Silver is one highly symbolic metal. Alchemists believed that silver was highly important when they were doing their experiments. Of course, silver is also a fairly rare element, which is why it is so expensive.

Many governments have used it for currency in the past, which also gives silver value. Of course, silver also has symbolic meanings. Silver is symbolically linked to the moon symbol because of its color and shine. However, silver, even in Jonsson’s jewelry needs to be cleaned to stay in perfect condition. This symbolizes that humans, like silver, need to keep up on buffing. or improving, their lives to be the best that they can be. The silver also has feminine meanings, as well as religious. It can also symbolize purity and chastity.

Lastly, Jonsson does not use many colors in his jewelry. His art is pretty much all silver and black. Black has its own symbolic meanings as well. Black generally stands for all that is spooky in life. Generally, illness and death. This doesn’t mean that Jonsson necessarily meant for his art to convey this meaning. Black also has some positive meanings like determination, strength, and bravery. The black contrasts nicely with the silver as well, so no matter what the color symbolism behind it is you are sure to look nice wearing it.