Lion Spirit Animal Totem Meaning: Is It A Symbol Of Team Work?

Can you picture a quiet, patient Lion Spirit Animal laying in the warm African Savannah? There it is, a King among all other animals. Moreover, not many animals can challenge its rule over all the other Kingdom. Read on to know about the lion totem.


The lion has so many attributes that bear meaning to the lion people. However, the lion totem also bears the traits of laziness. This because it is always laying about the field, yawning and ignoring much of what goes on about it. So, to understand the lion totem better, one needs to look at a few things. For example, one should ask themselves questions like; What is the inner nature of the Lion spirit guide? What does he represent in his rule of the world about him?

What Is the Importance of The Lion Totem?

Strength will get you through life. Always face the challenges in your life with grace and confidence. Do not let people know your areas of weakness because they might use the same against you. Lion meaning calls on you to be strong and trust that things will work out for the better in your life. 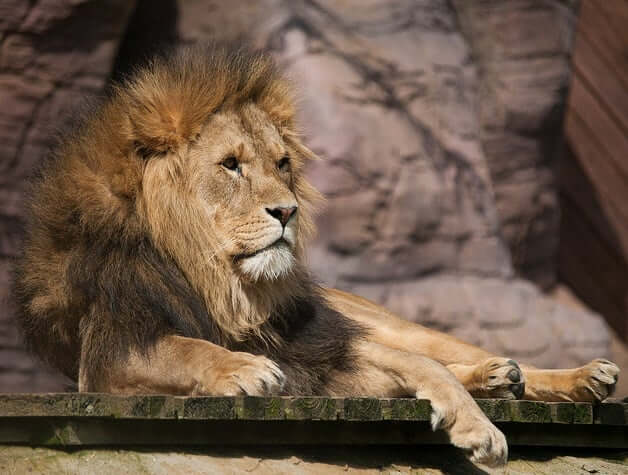 Lions as spirit guides are utterly fearless. Also, their roar can instill pause and terror in those who hear it. So, it is this that gives the illusion of laziness. Therefore, they do not bother themselves with the world around them unless one is foolish enough to impede upon its demesne.

The Lion is usually a calm animal, not until one threatens its realm. Then it will raise its head in a mighty roar, calling down those who would cause harm to him. Moreover, this is often enough to give those creatures pause. Also, it acts as a warning so that the King can return to his rest.

What is the Cultural Symbolism of the Lion Totem?

Amongst the Egyptians, it bears the symbol of the rising sun. Also, it can indicate that your inner self is rising to the surface of the world. Therefore, the Lion symbol in your life may tell you that the future is bright for one. Moreover, you will rise from the shadows of the night into the great sky of day. Additionally, you will shine your radiance down upon all around you.

Those who know the Lion meaning may also know that they have a deep relation to their familial groups. Moreover, the lions belong in groups called pride. What an appropriate word? Those who see the Lion interacting with its family will see the pride. This is visible mostly in those that will grow to follow it. Also, the lion has a great and adoring protectiveness for those it loves.

The lion has pride that is evident when it raises its head with its immaculate mane. Moreover, it knows its family is well capable of taking care of itself. Therefore, will only step from his throne under the greatest threats. Besides, this is the only time that the male will rise from his rest. Most of the time to bring an impact and a lesson to those that oppose him.

What is the Symbolic Significance of the Lion Totem?

Lion totems signify a great symbolism of strength. So, this is one of the attributes that the lion people can use to overcome obstacles. Think of the story of Hercules from Greek mythology. Consequently, he goes out to take down the great lion of Macedonia. The lion was a beast that no other was able to bring down. Therefore, it took a demigod to give an equal footing in the fight. One can see that that was the strength that the lion has.

If a Lion Spirit Animal is in your life, know that he is lending his strength to you. Also, he only walks with those that are strong or have the strength within them.

Moreover, his intuition to threats is unparalleled to none. Also, this will trickle down to you and heighten your perception. He also speaks of cooperation, so if Lion comes into your life, look for projects or situations that will require a group working in conjunction to overcome or complete.

You need to be courageous and sort out the issues in your life. Do not let them get the better of you. Always ensure that you focus on having a happy and positive life. Dreaming of being afraid of a Lion is a sign that you have deep psychological issues that you need to resolve. Pay more attention to your mental health.

Seeing a scary Lion in your dreams is a sign that positive things will start happening in your life. This dream means that you are becoming aware of the issues in your life, and you are making efforts to solve them.

If the Lion in your dreams bites you, it means that you have numerous challenges that are weighing you down. Find the strength and courage to tackle them. Find balance in your life, and you will be better placed to find solutions to all the problems in your life.

Native Americans view Mountain Lions as wise leaders who know their intentions and lead their pack with confidence. The Native Americans attributed the strength they possess to the Lion animal totem. They believed that anything that came from a Lion was a sign of strength, courage, and wise leadership.

The Hopi tribe refers to the Lion totem as a Sacred Guardian from whom they seek advice while performing rituals. The Lion is a skilled hunter not deterred by the challenges that present themselves in its life. Therefore, Native Americans believe that human beings need be like Lions.

In Christian circles, the Lion is a symbol of power, courage, strength, and determination. Most of the Bible verses, however, present the Lion as a ferocious and evil animal. The Lion is referenced many times in the Bible in the descriptions of both the Devil and God.

The whole Bible portrays the Lion as powerful, ferocious, courageous, fearless, and watchful. Christ is referred to many times as the Lion of Judah in the Bible.

Lion Symbolism calls on you to trust in the process. Be patient with yourself and do the things that make you happy. You have the power to ward off external forces holding you back. The Lion animal totem gives you the power to tone the influences of negative people down. This totem will give you strength while at the same time giving you that power to control your temper and aggressive impulses.