Cat Symbolism portrays confidence and mystery in its precise and agile movements. Even the face of a cat totem, most notably its eyes, conveys a sense of magic and secrecy. Their gaze remains stoic and fixed. Nevertheless, they are unrelenting unless they become bored with their subject.

For one thing, this attitude has led to Cat Spirit Animal being aloof. Consequently, this can be both positive and negative, depending on the situation. Cats are known for their mysterious and sometimes bizarre behavior. However, Cat Animal Totem symbolizes black magic and witchcraft. Well, there is some truth to these notions. Also, the cat animal totem symbolizes qualities of independence, watchfulness, and intelligence.

What Does Cat Totem Animal Bring In Our Lives?

Significantly, the Cat Spirit and its taciturn ways can be very intriguing. It occurs especially to those who tend to wear their hearts on their sleeves. As a species, we can learn many lessons from the covert mannerisms of the cat spirit guide. Cat meaning has an appeal of mystery and secrecy. We can also deduce that predictability. This is because it is not always a good thing for us. Sometimes we need to shake up our traditional routines and make new changes to our daily lives.

What Do Cats Symbolize?

The Cat Symbolism Animal is a very flexible animal that always lands on its feet. From this, we should feel empowered to be more malleable in our beliefs and habits. To many people, this idea is intimidating, for we are afraid to fall. Take insight from the cat animal totem. We must remember that falling is not always a bad thing. Indeed, we have the power to land right side up, on our feet and fully capable of pushing on. 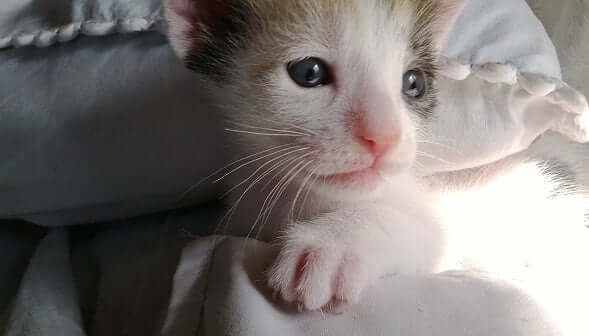 Domestic cats are very communicative creatures. Throughout the ages, people have been interested in the specifics of the cat’s communication style. They label it as the bridge to the spirit world. It is the connection between the seen and the unseen.

Accordingly, if a Cat Spirit crosses your path, it is safe to assume that it is an important message. The message concerns your ability to communicate with those around you. Cats are mysterious in their interactions. But, we need to be clear in ours if we are to avoid misunderstandings and unpleasantness.

What is the Spiritual Significance of the Cat Symbolism?

Cat Spiritual Meaning is asking you whether you are honest and forthcoming in your verbal transactions with others. Can you be sure that they are honest with you? These are questions that the mysterious cat animal totem prompts us to ask ourselves.

From a magical perspective, the Cat Meaning is symbolic. It tells of the fact that we hold power to create anything we want in our lives. We need to believe and trust in ourselves. Only then, we will recognize the potential that we possess to move forward. Just as the cat’s gaze focuses on you, you must focus on your ambitions.

What does it mean to see a Cat in a dream?

These sometimes ferocious cats may also come stalking across your dreams at times. The themes above of independence and spirituality are also relevant in these cases. But the meaning of cat in dreams mainly refers to more sexually driven elements of your personality and life.

Cat Symbolism encourages female sexuality. Also, it aims to inspire confidence in the dreamer. Fearing your power is debilitating and a waste of natural gifts. But the cat encourages us to embrace all aspects of ourselves.

A Black Cat symbolism points to your sixth sense and intuitive capabilities. At the same time, it suggests a sense of fright in exercising them.

White Cat symbolism is asking you to follow your goals and visions.

Tabby Grey Cat symbolism in your dream is asking you to take a decision and also points to the correct one.

Orange Cat symbolism signifies the craze for a new hobby or new lover in your life. You may also revive your infatuation for your partner.

Smoke Grey Cat symbolism is endorsing the assessments and actions you have taken.

Dark Brown Cat symbolism suggests that you should be practical in dealing with tough situations or people.

Golden cat symbolism is asking you to shed your smugness and look for a new stimulation in life.

Lavender or Violet feline symbolism suggests that there are more straightforward solutions to the problems you are facing.

Calico Cat symbolism indicates a change from the routine with new friendships or fresh ventures.

What is the spiritual meaning of a cat?

Cat Totem Animal presents itself to those who are creative and possess psychic abilities. These individuals are frequently independent. They are also unpredictable and more highly intelligent than the average person. Cats radiate mystery as do those who can relate to them most.

Indeed, Spirit Animal Cat behaves in a snobbish manner. As such humans who gain the most from this cat animal totem portray a choosy attitude. It applies mostly when choosing their friends. They are independent people. Cats rarely cave into peer pressure or the desires of others. They often remind us to step back from adverse situations. Also, evaluate the company that we’ve surrounded ourselves with.

Sometimes, it is beneficial for us to distance ourselves from others. It gives us time to get in touch with our needs and desires without the biases projected by others. Choosing our path in life is paramount to our happiness and satisfaction. But, we must be careful not to become too reclusive and isolate ourselves. Overly distant projections in humans will eventually lead to the collapse of your relationships.

What does a Cat animal symbolize in various cultures?

In Muslim Culture, the cat protected Prophet Muhammad from a cruel snake. The “M” marking on tabby cats symbolized the Prophet.

The old Western culture used to link black cats with witchcraft because of their color. Cats were supposed to be careless and cautious. They were thought of as wicked and hence were clubbed with witches.

In Norse civilization, the cat was portrayed drawing the chariot of the fertility goddess, Freyja. Hence Cat Totem was a symbol of fertility and protector of the newborn.

Cat was inscribed on the head of the ancient Egyptian lunar goddess, Bastet. Hence they held cats in reverence.

What does it mean when a cat shows up at your door?

Europeans consider seeing a black cat as a bad omen, while Feng Shui experts think that it brings good fortune. Seeing a dead cat symbolizes that you should be more independent.

To summarize, cats are incredibly independent and thrive on their own. However, humans are social beings by nature. They should not completely cut off their network of relations. Instead, channel the positive teachings of the cat into improving your life and living confidently.