The Ruler of Self: The Sun

The sun will give off light and bring about life. The sun is one of the luminaries and a star. He symbolizes self. He will represent people’s personalities and egos and their spirit. He will make people original. The sun is the identity and the face that the world will see. He will encourage creativity. He gives people the power to meet the challenges in their every day life.

The sun rules over fathers and husbands and children. He controls male influence. He has an energy that is a force. The energy will be about being able to command and lead, and the core being. The sun will show people how to display their nature in the world.

The sun is impressive and has a regal nature. He will rule over higher offices in different areas and royalty. He controls the health and prosperity of the people. The sun is bright and gives people the strength and energy they need. He gives people the determination to succeed. The sun will be the one to give strength to all of the other planets. 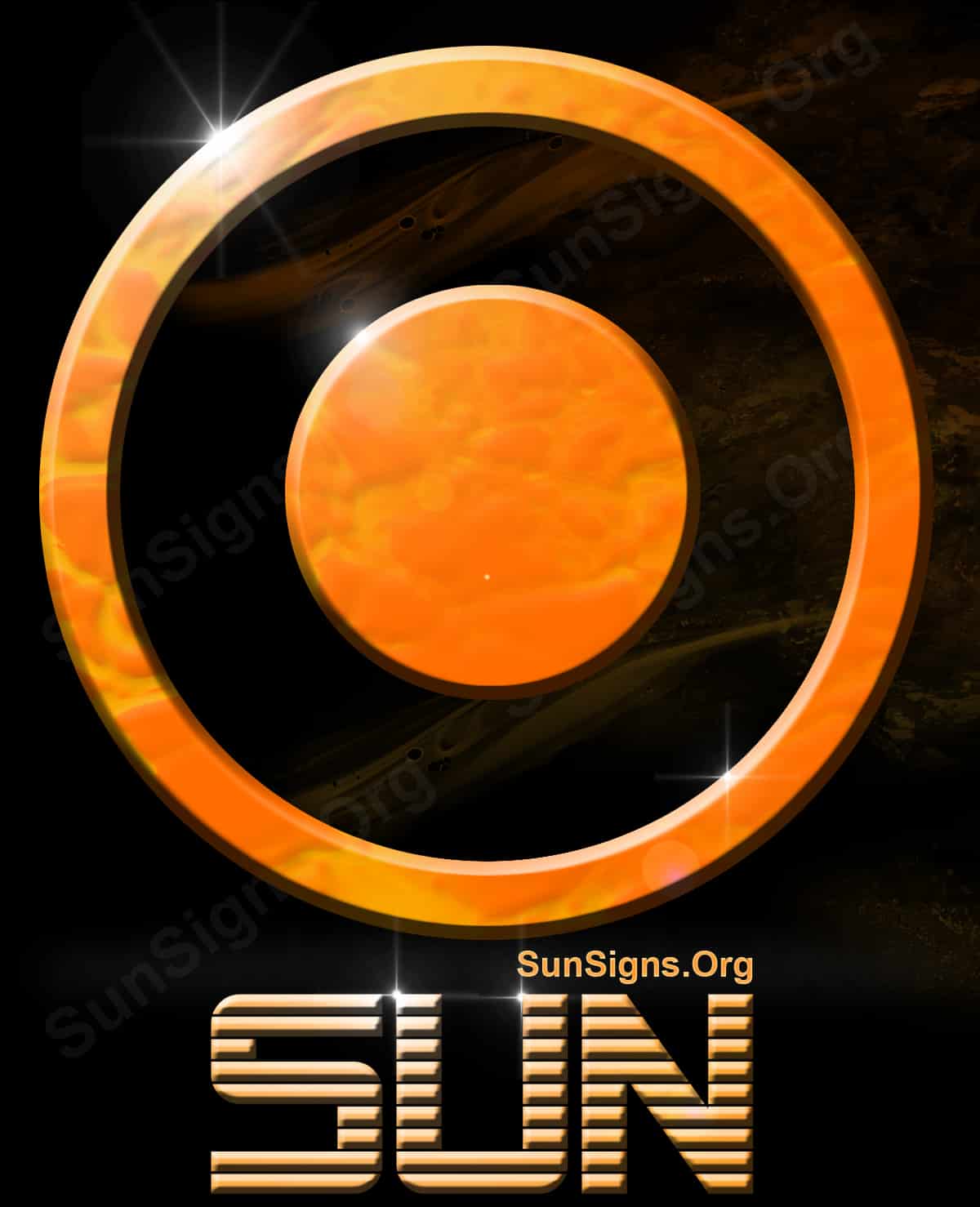 The sun will be with each sign for approximately a month. He will orbit the zodiac in one year. He rules over Leo and the Fifth House.

The people who are most happy will be the ones who can easily identify with the expression of the sun but not too much. The sun will not have qualities that people will have easily. He symbolizes what the people are trying to learn to be. The sun is more about reason than instinct.

The moon will be the one to give the lives of people the past using their feelings. However, the sun is about the present, not the past. He is not concerned with feelings the way the moon is.

The sun has a symbol made up of the circle symbolizing spirit. It will support the potential for development. It is focused by the central point inside it.

The sun can be represented by certain elements, like bronze, gold, diamond, ruby, and topaz. The symbol of the sun is an alchemy symbol. It is a symbol of origin that represents the completing of the Great Work.

The sun will represent life, influence, and strength. He will symbolize energy, will, being clear, and self.