The feisty ram animal totem has been a prominent symbol of determination and activity throughout history and across cultures. This hard-headed animal is unafraid to take initiative and be a leader and has inspired humans to act the same. Because of its strong qualities and characteristics, the ram symbol has been a major presence in various mythologies and belief systems.


Try Quizzes People Are Talking About!


In Chinese astrology, the ram is symbolic of sensitivity and perseverance. This contradictory nature caused it to be viewed as an impracticality in Chinese tradition. Aries astrological sign, is also symbolized by the strong ram. As the first sign of the Zodiac, Aries the Ram symbolizes leadership and authority. This sign stands for renewal, ardor, masculine vigor, and intense force. Its other symbolic values continue on with themes of dominance and masculinity, such as power, drive, bravery, and energy.

Symbols of these gods were the most highly revered of animals and objects. From this we can understand the importance of these symbols throughout time. If it’s good enough for a god, it should good enough for us, too, right? 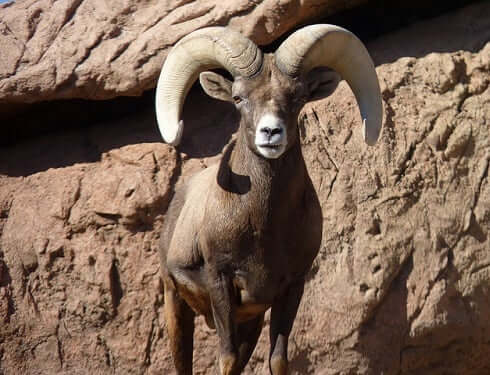 The horns of a ram are its signature physical trait and thus have strong symbolic meaning, as well. These horns, which rest upon the head, represent our mental faculties. They tell us that we need to stimulate our brains and put energy into our own mental evolution.

Rams are intellectual spiritual totems and encourage us to uphold high standards for ourselves. We must satiate our thirst for knowledge and continue to exercise our intellect so that it does not wither away. We must constantly fuel our imagination and curiosity. Just as the ram’s horns grow stronger with every passing year of its life, so, too, must our mental capacity.


The ram totem is a sign of change and new beginnings, and it presents itself in your life to signal that big changes are on your horizon. To reap the benefits, you must take initiative to begin and remain steadfast and not slack off in your quest.

The bucking ram is always sending us a spiritual message that says we must assert ourselves, especially in new areas. It is also a fast-moving animal that acts without hesitation and reminds us that we must do the same when we find ourselves in new circumstances. Opportunities can disappear quickly, so you must act to secure your spot.

The ram symbolism coming into your life signals you to do some thorough self-examination- just don’t take too long with it. When initiating new endeavors, timing is everything, so we need to take care not to waste even a moment of it. Do not merely think of and talk about the ideas: you must act on them. When the ram animal totem enters your life, it will teach you to ignite your internal powers and use them to seek out new adventures.

People who can most closely connect with the ram meaning are often sensitive, philosophic, and perseverant. They have a curious, although sometimes reserved, approach to life and indulge their active imaginations only when they feel comfortable.

The ram animal spirit guide inspires us to step outside this comfort zone and grab life by the horns without fearing failure. Its appearance in our dreams signifies similar messages, aiming to inspire those who perceive themselves as weak to gain confidence, strength, and assertiveness. The general meaning of the ram animal totem is an all encompassing and somewhat simple one: we must have faith in and trust our abilities.