Zodiac signs are also associated with natural elements in the interpretation of an astrological chart. Their abilities can be tied to the element and the planets that rule. When looking at potential psychic powers, all factors must be accounted for. Generally, the zodiac sign that you are born under will give you some psychic ability, like a tool for you to work with. This ability manifests since young and will vary in strength, affected by planetary movements.

Signs that are Fire element are Aries, Leo and Sagittarius and they are ruled by Sun and Mars. All three signs have the shared ability to warm and energize people, an encouraging sign that heals all life. They can be impulsive, and appear threatening when required, and always appear to have excess energy to burn. All three signs seem to have the psychic ability to look at the right time and place, helping them achieve success in life.

More logical than intuitive, they get results via rational planning and calculations. It is a perceptive Zodiac, but it does not count psychic instincts as one of them. Their main psychic ability is drawing talent to you, and helping them achieve their dreams. Aries is a good talent seeker with their magnetism for talent, and they also encourage success.

Hunter by nature, they have good psychic barriers that protect themselves from bad juju. Another psychic ability is their sharp sense, almost as if they are reading your mind, mainly when it involves their partners. Lions has an acute sense of time, as they know when they will be heard or seen, a great leader.

Another hunter sign, the Archer also has right psychic intuition when it comes to danger and rescue. Although they prefer to heal than saving people, Sagittarius will often appear at the right moment, where opportunities or danger arrives. Their predatory instincts help them nail success in a way that is enviable.

In horoscopes, the signs Taurus, Virgo and Capricorn is in the Earth Element, ruled by Venus and Moon. Their psychic ability is mainly tied to the Earth, like Mother Earth, they make others feel safe in many ways. Earth can heal people, and they can also boost another’s healing powers. Other Earth powers include inspiring dreamers to make their dreams real, by offering a real solution. Earth signs are not intuitive signs. They work more on logic.

The bull has great passion and a good understanding of how any nature works. Taurus’ psychic ability is understanding of boundaries: psychic or physical. Hence the Bull can get along well with people as well as animals. Look for Taurus as a teacher for psychic boundaries; they can tell you if your boundaries are strong, or if you need to bolster it up a bit.

Most skeptics are Virgo. They work mainly via logic. They do not always trust their intuition, but Virgo does have the psychic ability to find information and use it to their advantage when needed. Another of Virgo’s natural psychic power is to manage the finer details and keeping the structure of things for things to go right. It is their psychic sense of what goes where that allows Virgo to be successful in their undertakings.

The Goats might be the least intuitive signs, but Capricorn mothers have keen psychic ability akin to mind reading their kids. Overall, most Capricorn relies on rational thinking and keen observation. Their psychic ability is to know the pace of life, often they will change their jobs or life without warning, but they seem to be moving towards success.

Gemini, Libra & Aquarius are of the Air element: they are gifted psychics in horoscopes. Ruled by Mercury and Saturn, they are messages bearers from mystical sources. They have a special gift of language, often helps angry or stubborn people see sense by rationalization and communication. Air can carry messages in many ways, making these signs effective vessels to deliver them.

Considered to be one of the most psychic zodiac signs in the horoscope, they can be in tune with people. Some might find it creepy. They can be either a channeler or a medium, as they are very attuned to the spirit plane. The Twins can connect to people intuitively, and also have good clairvoyant abilities. Their attempts to connect to the psychic plane is usually successful.

The Scales are also intuitive signs, and they have a good balance between knowing and motivating. Libra is a sensitive and empathetic sign, and they can relate to people and animals well. Libra’s main psychic ability is to be able to read people and be ahead of them when needed. A Libran makes a good lie detector with their psychic ability. The problem with Libra is not knowing oneself well enough and struggles to accomplish things.

Aquarian’s intuition is usually used to manipulate people to get what they want. They can word things to seem like it is what other people wishes. Their psychic ability is their awareness of themselves and their surroundings. It is hard to fool an Aquarian, who has good six sense and can be manipulative. Aquarians have bad psychic boundaries, and are prone to attacks if not careful, and can be misguided by other emotions. 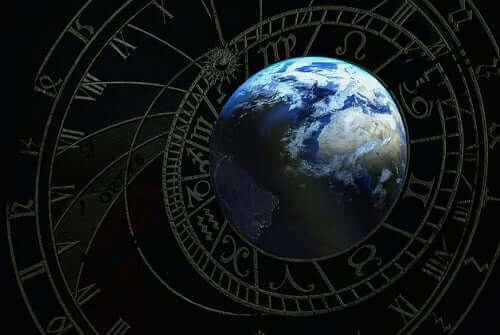 Water can float a boat or sink it. Its dual nature is like a double-edged sword. Water can also change its form, and fluid enough to change when in liquid or gas form. Cancer, Scorpio, and Pisces are of Water element, and they can conduct psychic energy like electricity. But Water elements can also absorb energy, like a sponge without realizing it. Venus and Jupiter are ruling planets, and Neptune has an affinity to Water as well.

Many clairvoyants also come from Cancer sign, and their power of observation helps them know what is going on. Like water, Cancer reacts to negative vibes by reflecting it back. This psychic ability is called psychic empathy, and Cancer displays it well. Cancer is powerful psychic and will help those who want to be a clairvoyant.

An acute psychic, Scorpio is good at channeling and becoming a Medium. Blessed with powers of intuition, Scorpios can be a telepath if they choose to be. More an action type of person, Scorpio voices affection physically, and can also receive answers in the same way. Lying to Scorpio is a bad idea, as they are good psychic and body language readers.

The Fish is known to be sensitive and emotional, as they can receive hints and messages from everywhere. Psychic ability includes channeling, although they prefer divine beings to spirits. They can be quickly overwhelmed, and do well when grounded by the Earth element. Pisceans also have the power to see the bigger picture, and they can channel larger truths than other Zodiacs.

All Zodiac signs in horoscopes have some form of innate psychic ability, but some will choose not to use it. These psychic powers are also affected by planets the person is born under, and is not a confirmed ability. Most people can still train to develop other psychic powers beyond the ones that they are born with.