Goats are one of the most adaptable and pragmatic creatures on the planet, but they are often overlooked and thought of as mere grass-chompers and milk providers in modern time.

They can survive in nearly any climate and can move down cliffy slopes with astonishing agility, making them the perfect examples of sturdiness and balance. Because of their usefulness and diversity, the symbolism they offer covers a very wide range.


Goats have been vital to human existence for thousands of years and were one of the first animals that we domesticated for our own uses. Unlike many other farming animals that we utilize in herds, goats are independent creatures – something that we can learn a lot from.


The goat animal totem’s lifestyle encourages us to appreciate our power as individuals. Although we should never permanently isolate ourselves, the goat teaches us to value independent adventures and explorations while journeying down the path of life.

When alone, we have the ability to acquire vast amounts of personal knowledge and insight. This is particularly evident based on the goat’s frequenting of high places, which inspires us to be ambitious in all that we do. 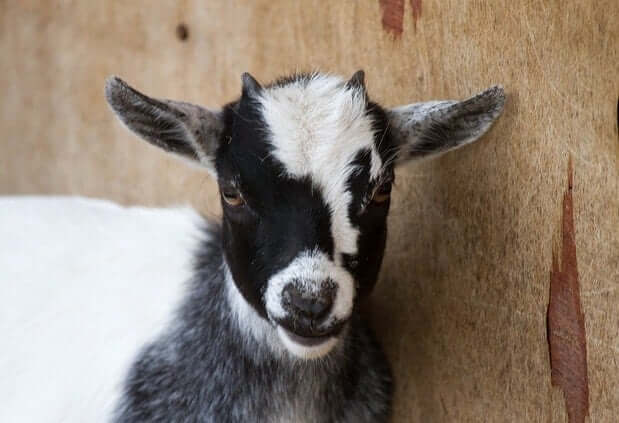 The goat animal totem’s historic utility to humans has led to it symbolizing an endless list of beliefs, omens, and symbols that we can consider with its presence.


The lengthy archive includes: guardianship, reverence, dignity, energy and vitality, intelligence and sacrifice. Across countless religions and cultures, goats have always been the animal that sheds its blood in the name of sacrifice (hence the term “scapegoat”).

They are particularly prominent in Greek mythology, popping up in the stories of Pan and Zeus, and Norse mythology, where they led the god Thor’s chariot.

The goat also makes its presence known as the astrological symbol Capricorn, whose people are thought to be highly intelligent and intuitive.

When a goat spiritual totem appears on your path, it is preparing you for a time characterized by climbs to new heights and new endeavors in your life. It gives you the gift of moving forward one step at a time to attain what you seek. Maybe you deserve more in your life and the goat is prompting you to aim higher.

Plan your course and take your time to ascend it, just as an experienced and tactful climber would. In order to reach the summit of our ambitions, it is important to look closely at what is ahead so that we can be surefooted and not stumble along the way.

The goat symbolism exudes confidence in its ability to land on its feet and teaches us that we, too, must believe in ourselves. Having a strong faith in our own abilities is a powerful tool that we can call upon at any time. We must move forward one step at a time, remembering to utilize all of our faculties to guarantee our success.

Like the goat spirit guide, we must be persistent in pursuing our goals. Those who can most closely relate to this animal are diligent and have a strong work ethic. The goat people who emulate its qualities are fearless when it comes to difficult obstacles and others would do well to take inspiration from them. Hold strong to your ambitions and always reach for the stars.

In the wild goats are mountainous creatures, but we have domesticated them as a field-dwelling farm animal. To interpret their presence in our dreams, we must be clear about which specific scene the goat is wandering around in.

If it shows itself meandering around a farm, we can interpret its message as a symbol of abundance and wealth. Otherwise, the goat meaning is probably forewarning us to exercise caution in potentially shady dealings.

Sometimes, a goat may head butt you in these dreams, which is a strong symbol of warning that someone is out to get your and see you fail. Tackle this problem head on and do not allow yourself to be beaten into submission.