Many people know that everything in the world is made up of different elements. However, this is not what this article is about. In the western world there is said to be four basic elements that make up the world, instead of the dozens that really make up the world. In this instance these symbolic elements are air, water, fire, and earth.

All these elements are said to make up the world that we live in. They are also said to have their very own symbolic meaning to it for many different reasons. This article will go through all of these four element’s symbolic meanings and how their symbology can affect and impact your own life. 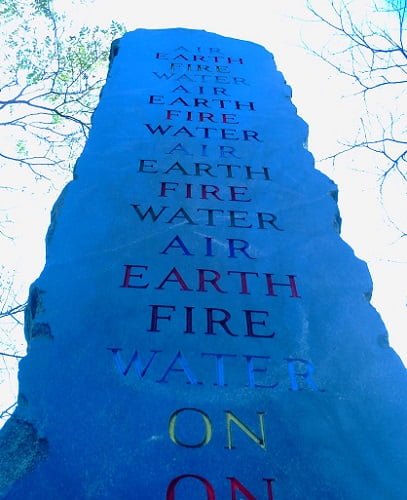 
Assertiveness and courage are also traits of fire. Outside of male traits, fire also has more symbolism that comes directly from alchemy. Fire has been used as fuel, or been made with the use of fuel, since fire existed. This was especially important in the use of alchemy experiments. Fire represented fuel, work, and also transformation. If you wish to transform as well, then you might take some of fire’s symbolic meanings in your own life.

Water is nearly the opposite of fire in symbolic meaning, and of course in its ability to put out fire. Water has many more feminine traits than fire does. For one thing, water is symbolic of emotions. Purity, clarity, and intuition are also symbolic of water. Purity is an important water trait which has been added into its symbolic meaning by means of religion.


Many people see water as pure and clean. This could be why this element is used for baptisms in Christianity. Water can also be a symbol for divination, another sort of spiritual arts. Change could be one of the biggest symbols of change. Water can help to promote life, and without water there is no life.

Air is all about representing intelligence and the knowledge in the world. Air is symbolic of all sorts of wisdom. Some of the types of knowledge that air can symbolize general intelligence, creativity, and communication. These are all important traits to have if you want to be educated. Besides intelligence, air can also symbolize travel and youth.

Lastly, earth is another masculine element. This is nearly the opposite of water in many regards. For example, instead of the fluidity that water has, earth is symbolized by its stability. Order is also important when you want to symbolize the earth.

Earth also has some bad traits to it to. For one, earth is symbolic of materialistic of things and materialistic people. This is because of all of the gems and precious metals in the earth. Lastly, the earth is also representative of fertility, which is highly important in many cultures.

Elements are highly important in symbology and mythology as well. If you want to learn more about elements, symbolism, or mythology, then you can read more articles like this one here on SunSigns.Org!