Everyone has heard of the periodic table and some of the elements on it. However, fewer people know about the elements that not on it. The four main elements that people thought made up the world hundreds of years ago were fire, water, air, and earth.

Earth is one of the most masculine elements in astrology out of these four. The earth does so much for us. We obviously all live on the earth. and without it we wouldn’t stand a very good chance of living.

This article will discuss the symbolic meaning of the earth element, how it was said to interact with the other elemental signs, and what zodiac signs are said to be earth signs.

The symbolism of the earth element is long, but at the same time it is uncomplicated. The earth is said to be a strong and masculine element. It is sturdy and firm. You wouldn’t try to build your home on the waves. The earth holds us up.

However, the earth does have some rather feminine qualities to this. This mostly comes from farming and other agricultural ideals. The earth element is not just talking about the rocks and soil, but the plants that grow out of it as well. Because of this, fertility is one of the earth’s bigger symbolic meanings. The earth element is also said to symbolize wisdom, growth, and the circle of life. 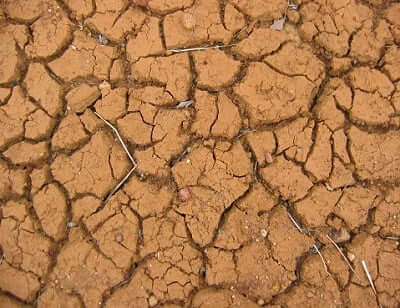 When it comes to astrology, there are twelve zodiac signs. Each of these signs is assigned to one of the four elements. They are put together in even groups of three. The three zodiac earth signs are Taurus, Virgo, and Capricorn. These signs are said to take on the symbolic traits of the earth elements listed above.

How Earth Signs Interact with Other Elemental Signs

Earth is said to be highly stable while water is said to be more focused on the emotional aspect of things. The earth element is said to be able to better guide emotions than just water on its own. While water is highly creative, the earth is intelligence and can help water to reach its goals. Water and earth can also be mixed together in a literal sense to make more fertile land.

It’s no surprise that fire is said to be a creative and inspirational element. Earth can combine with fire to make its goals more tangible. Fire is anything but structured, and earth can greatly help with this.

Air is literally and figuratively lighter than earth. Earth can sometimes be too structured and boring. Air can help the earth to be lighter and more relaxed. At the same time, the earth can help to make the air more reliable. These two elements make a great team when they try to balance each other out.

Earth signs work wonders together. They are like a dream team. These sun signs are structured and focused. They can accomplish their goals easily together and keep each other motivated. However, sometimes these star signs can be boring together because they are much more focused on work than play.

There is so much to learn about astrology and symbolism. If you want to learn more about the four elements, symbolism, or anything to do with astrology then you can read more great articles like this one here at SunSigns.Org.