The Planet of Love and Money: Venus

The planet Venus is very concerned with being happy. People ruled by this planet enjoy pleasure, especially if they can share it. Venus is about romance, love, and balance. She will focus on emotional bonds and marriage, business relationships and friendship. Venus will enjoy making people happy and being kind. However, Venus will be the one to teach people how they can love and admire each other and the things they own.

Venus will have an energy that will make people feel attractive and attract them to each other. The planet values being social. She will think it is important to be able to sympathize with each other.

Venus will be very connected to beauty. The planet is concerned with activities that are from the arts. Venus controls literature, dance, drama, and music. She is concerned with aesthetics. Venus will want people to listen to their senses. Venus wants people to be able to see how the world can have beauty. She is connected to sophistication, culture, charisma, and grace. 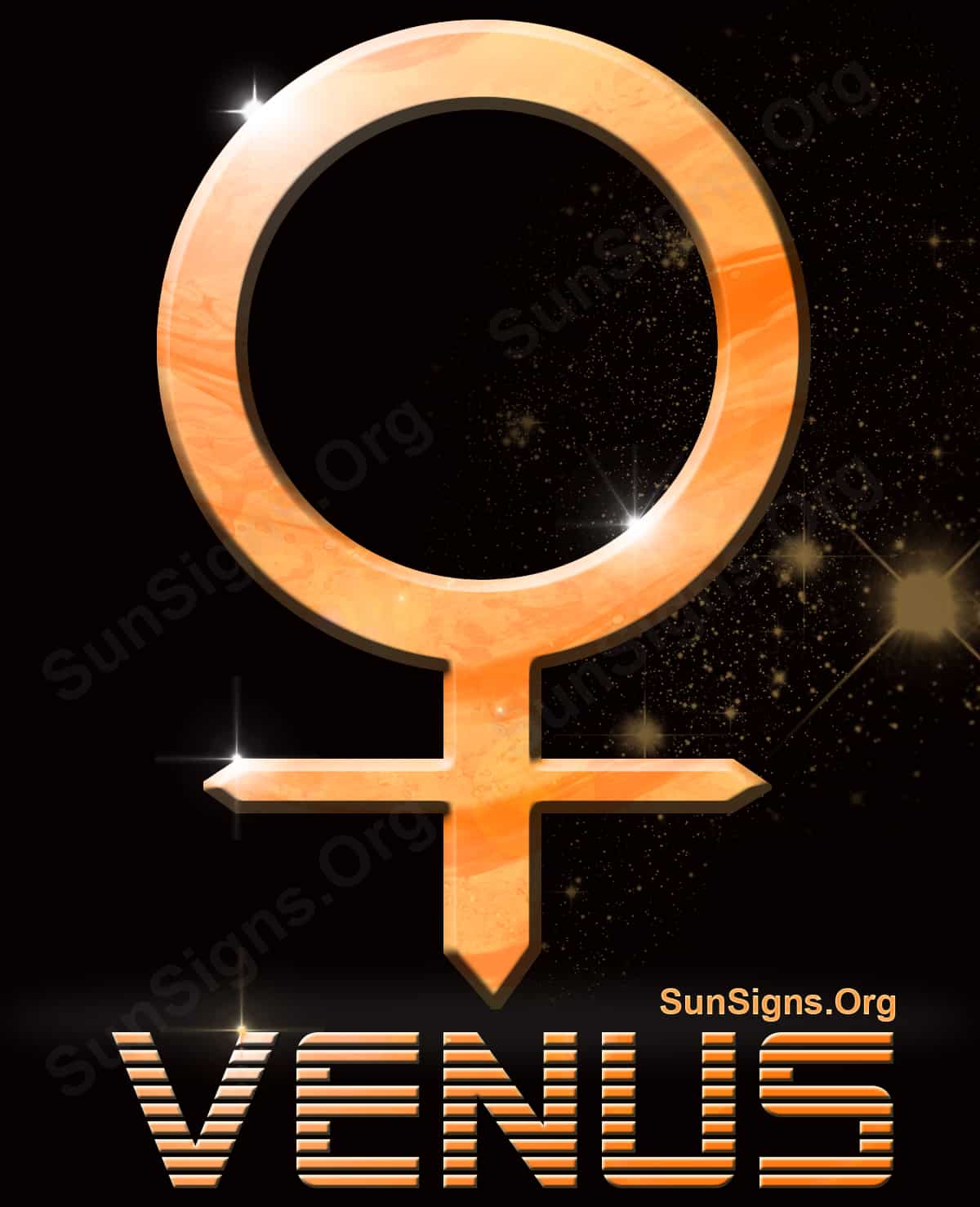 Venus is concerned with the things that people have making them happy. The planet will value luxurious things. She will be able to appreciate the finer things, like art and jewelry and luxury cars. Venus will enjoy having delicious food and drink and a gorgeous home. She will enjoy things that are sophisticated. She will want people to admire the beauty of things. She will see the world as sexy, but not necessarily sexual.


Venus will orbit the zodiac in approximately 225 days. She will always be within 47 degrees of the sun. She will rule over both Taurus and Libra. She rules over the Second and Seventh Houses.

Venus is the Roman goddess of love. Venus rules over two zodiac signs and two areas of life. She controls love and money.


Venus will control people being sentimental. She influences what people will think is important and what makes them happy. Venus rules over charisma, grace, and beauty. She shows people what kind of style they like, how they are creative, and what will make them happy.


Venus will influence how people spend their money. She will show people the kinds of gifts they will buy and how they will spend money when they relax.

Venus will rule over bonds with other people. She controls people being attractive and how they attract other people. Venus has an energy that is balanced. The people she rules over will want to keep the peace. She shows people how to appreciate and how to be appreciated. She rules over romance and love and the arts. She is about beauty, entertainment, and money. She is concerned with relaxing, being warm, and having a sensual nature.