6 Signs That Your Child Is Psychic

6 Signs That Your Child Is Psychic

In many cultures, young children are believed to be psychic from birth. Some think that children retain the fullness of their soul light when they are born and do not have filters to block their ability to tap into their psyche. They have access to a massive pool of gifts. In some cultures, the belief is that children still have their third eye open, and their pure souls protect them as well as allowing them to enjoy the psychic plane are denied later on.

It is no longer surprising to hear about children remembering their past lives, or have a specific ability that they would either lose to retain as they grow up. In Tibet, the monks have always had the tradition of recognizing scholar adepts who were reincarnated, and they have a success rate. Proof that children are born with some psychic ability, and with varying strengths and type; it is how much they retain that capacity as they grow up that sets them apart.

The most common sense includes strength to tap into the psychic world: clairvoyance (to see), claircognizance (to know), clairaudience (to hear), or clairsentience (to feel). Some kids are bestowed with more than just one psychic sense, and that can manifest in a lot of ways, which are signs that your child is a psychic.

A kid who has extra senses tends to be more sensitive to energies around them, be it from people, animals or surroundings. They natural empaths who picks up on subtle changes of aura or energies from the outside world. Kids who are highly sensitive then to have good clairsentience and will pick up on intentions or insincere thoughts easily. Highly sensitive children tend to like quiet corners, where they can find some peace in the chaotic world around them.

If you have a child like that, create a protocol where the child can find a spot to relax when you are outside to rest. Be aware that a highly sensitive kid can fatigue quickly as they are frequently trying to shield themselves from the rush of the busy environment.

All kids have trouble sleeping: they can get overtired, overstressed or just had too much sugar before bedtime. If you see a kid staring into space, or telling you stories about how they look at shadows and how they are preventing sleep, then your kid might be psychic. Kids with claircognizance know that something lurks in the dark, and would be too afraid or too intrigued to fall asleep, resulting in a grumpy kid in the morning.

The only way to find out is to have a chat with the child if it happens regularly. It could be a Guide wanting to pass on a message, or your kid is too attuned to the mental space; then you would have to seek intervention from a professional, such as learning control or relax. If they have trouble sleeping because of fear of the dark, things like a night light or leaving the door ajar at night usually helps.

#3. Fear of Dark or Being Alone

Everyone has an innate fear of the dark, some more so than others. If your child is complaining of fear because ‘there is something waiting’ then it is wiser to heed that fear. Not everything is benevolent and kind in the psychic plane, and your kid might be a beacon that attracts all kinds. They are only children once, and even though it might be inconvenient, allowing them, your company is the best thing you can do as a parent. Your calming energy will help soothe a psychic child and will help everyone sleep better at night.

As children lose their psychic ability over time, they might not fear the dark or to be alone as much. Keeping your children together in one room sounds like a disastrous idea, but when they are younger, it is to avoid the feeling of loneliness and create fear.

#4. Recall Being from Another Time

“I remember back then when…..” is not something you often hear from a kid, but it happens. This is one of the criterias Tibetan monks look for when trying to trace down reincarnates of scholar adepts. They believe in reincarnation, and hence the piece of soul would retain some memory of past lives. Though not strictly belonging to any psychic senses, the child demonstrates having memory of being someone else.

If you have a kid who reminisces about past lives, do not be alarmed, as they grow older the memory will fade But if you are curious, there is no harm in following the clues and stories and see where they lead. It will provide some closure or reassurance that your kid is not going crazy, just have psychic abilities.

Distraction is everywhere for a kid, a bird flying by or a good day beckoning them from outside the classroom. A psychic child can be easily distracted by the things they see, hear or feel, and often mistaken as having attention deficit disorder. It is best to determine if the child is just more receptive to the psychic plane, or is suffering from ADD before starting treatment. If not you are doing more harm than good as medications for ADD often has detrimental side effects.

A child who is attuned to the psychic abilities might be more inclined to try them out, but it is necessary to help them hone their capacity and focus on what is more important at hand. Usually, a firm guidance from someone who has similar experiences helps ground the child and help with the attention issues, without destroying the innate intuitive ability. 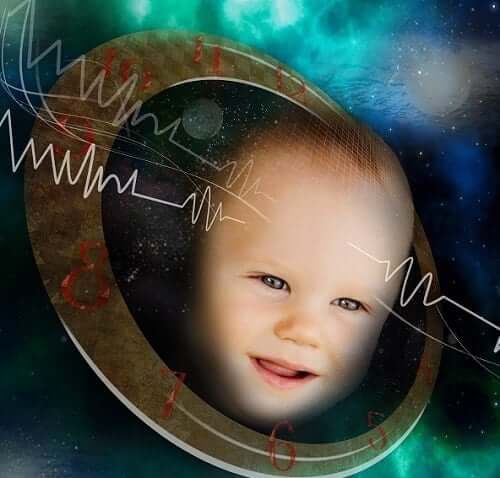 It is not uncommon to have an imaginary friend. Many children create one to cope with some psychological or social issue they are experiencing at the moment. But a psychic child does not always ‘imagine’ to have a friend, a combination of clairvoyance and clairaudience is enough to let the child think that their friend is real because they can see and hear the person, even though the adults or other people cannot. Sometimes, instead of a friend, a loved one who had passed on might manifest, or a spiritual figurehead.

Either way, as parents it is important not to feel scared or alarmed as psychic children can pick up on those signals. In Chinese culture, when a child speaks of something that relates to the ‘imaginary’ friend, parents tend to believe and ask for guidance, because the belief is that a Guide has arrived to pass on a message that will benefit the family.

If you find that you have paranormal abilities, chances that your children will inherit it are high. In some cultures, children with such power are known as old souls, as they have accumulated enough energy and power to be in both physical and spiritual world, and are highly respected.

It is important to educate the child as there are no guidelines or social norms for psychic tendencies, as people are still busy trying to deny its existence. Teaching focus and calmness are the two main issues to help keep the child safe from harm in both worlds, and harnessing the power can come much later, should the ability remains as they get older.