Each fish has an extensive list of characteristic properties and individual traits unique to it. However, several interpretations apply to the species in general. They include a sense of eternity, fertility, joy, changes, and knowledge, to name just a few. To fully comprehend the symbolic meanings of the fish spirit animal, we must first understand the strong implications of water.

The Fish animal totem allows us to connect with water, the most creative and mysterious element of our world. Since ancient times, it symbolized the depth of our subconscious and knowledge. There is a secret world beneath its surface, concealing all that is unknown to us who cannot fully explore it. We can never know even a portion of what goes on in the depths of the oceans and seas. We still find many surprises by what is down there.

For us, it symbolizes all that exists in life that is obscure: things that prevail without a trace. Additionally, it is considered the Earth’s womb, an icon of fertility, birth, and femininity.

Fish, being your power animal, play a major role in ensuring that you embrace change. Make the best out of every opportunity that presents itself in your life. Always embrace change with open arms, and great things will manifest in your life. You need to know that change is inevitable; therefore, you should always be ready for the same.

Bring transformative energies into your life. Summon the Fish totem, and it will guide you in the direction that you should take. You cannot remain in the same place for long. You need to become better and do better with your life. Do not settle for less when you can have more. Use your abilities as well to make the world a better place.

Fish medicine also plays a major role in your life. It will help you amplify your instincts; therefore, you will protect yourself from people that mean to harm you. You will also avoid situations in life that put you in the line of harm and danger. Seek freedom from people that hold you back and move forward. 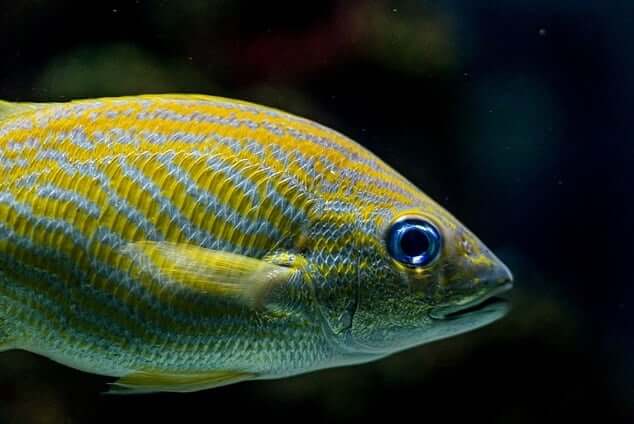 The Symbolism of Fish Based on Cultures

Various ancient cultures held dear the symbolic meaning of fishes. In Greek and Roman mythology, Aphrodite and Heros transfigured themselves into fish to escape the grips of the dreaded Typhon, causing the animal totem to become a symbol of transformation and change.

What Do The Fish Totem Represent?

Eastern Indian beliefs followed a similar route of belief after Vishnu transformed himself into a fish to save the world during a great flood. He guided a boat of survivors to safety so that they could re-create the destroyed world. Some Eastern African cultures also trusted in the life-giving powers of fish. They had the belief that the creator planted seeds from which two fish erupted.

Various Pagan traditions also recognized the female fertility of fish and deemed it an attribute of the Goddess. The fish and other creatures of the water all played important roles in the plan of the Divine Mother.

From the fish symbolism, ancient Celts interpreted meanings of inspiration, infinite wisdom, inspiration, and prophecy. They thought that by eating fish, they, too, would be filled with wisdom. In China, fish serves as a great symbol of unity and fidelity, and figurines are often given in pairs as a wedding gift to bless the newlyweds’ marriage.

The Fish meaning also symbolizes abundance in procreating for females, as fish can reproduce at high speeds and thus act as a wishing of good luck for the bride in her duties as a wife. Lastly, Norse mythology associated determination and adaptability with the fish, which played a crucial role in their daily lives.

When the fish animal totem comes swimming into your dreams, it signals the awakening of one of the senses, which allows you to contact your spiritual side. A downward swimming fish symbolizes the twisting of the spirit. On the other hand, a fish moving upstream in your dream denotes that your soul is evolving.

Fish totem as a spirit guide knows how to cope with changing currents. Thus, assisting us in dealing with changes in our own lives. They can see clearly in the dirty, murky waters and symbolize us looking through the hard times.

What Is the Importance of the Fish Spirit Animal?

It is a well know fact that Fish are connected to the water element. They cannot survive outside water. They need water to live, grow, and live in. Water is a great meaning of the depths of the unconscious mind of a human being. Therefore, the Fish plays a major role in our lives in understanding the things that matter most.

As water is connected to the idea of life and death, so is the Fish totem. Fish is a water animal that signifies depth, speed, independence, steadfast movement, and the ability to survive in harsh and cool environments. The Fish Spirit Animal represents the unconscious of a higher self, positive intentions, motives, and different kinds of feelings. The Fish helps you to understand yourself better.

It also enables you to pay close attention to your thoughts. Always maintain positive thoughts that will help you grow to become better. Always do the things that are good for you. Never take life for granted because you will not enjoy all the great things that life offers.

Water brings life, and so Fish meaning is also birth, fertility, growth, and rebirth. Fish symbolism is deeply connected to the female gender. Its femininity is seen in its ability to bring life and ensure its continuity.

Fish meaning will help you achieve peace and harmony in your life. You need to focus on the things that matter most in your life. Do not settle for the bare minimum when you can achieve more. You are capable of great things, and you need to believe the same if you are going to live a happy and fulfilled life.

Take the necessary steps in your life to make all your dreams and wishes come true. Be true to yourself and live an honest life. Just like the waters of the sea that are calm most times, the Fish spirit guide wants you to live a peaceful life. Never take anything for granted. You have all the power to guide your life in the direction it should take.

Everything is possible in your life as long as you move on from your past. Let the past remain in the past. Focus more on your present and future lives. Most of all, surround yourself with people that value your presence in their lives. Understand where you are coming from and where you are going. This way, you will have a clear path in life.

You create the life that suits you because you possess the keys to your destiny.