In the Northern Hemisphere, we find ourselves entering the month of October in the middle of autumn. By contrast, people of the South find themselves in full-fledged spring at this time.

Like all months in the Julian and Gregorian calendars, October gets its name from the Romans. Originally the eighth month of the ten month year, October comes from the Latin octo, meanin “eight”. As we can see, this symbol retained this name even after January and February were added to the calendar year.

Like the number “three”, “eight” is also symbol of an prosperity, wealth, peace and fertility. October is typically the time of the year when farmers reap their harvest, hoping that their crop will prove to be abundant. For many, their entire financial year will be based on this time, which further accents its importance.


Do You Have Good Karma?
Try The Karma Quiz Now!!
We must also consider that these harvests form a massive part of our food market, which is crucial for health and survival. This number also helps people make important and powerful decisions.

Because of its strong associations with abundance and prosperity, the Chinese viewed it as a strongly lucky and prosperous number. The curvaceous “eight” is frequently paired with the planet Uranus. Another powerful number, “eight” speaks of persisting with strength and recognizing and seizing opportunities for success. Largely, this number symbolism refers to success in business and financial standing. 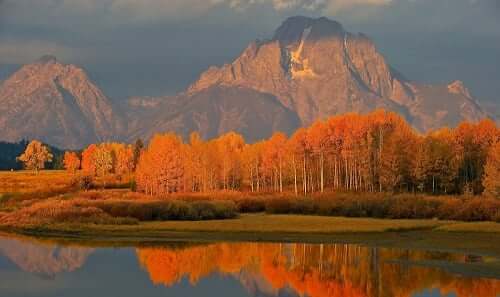 Its physical shape of infinity reminds us of the cyclical and repetitive nature of life, which can be particularly useful in the realm of business. However, we can also incorporate that sentiment into a much more spiritual sense and use it to remember that tough times will not last forever. Furthermore, neither will the lucky and good times, meaning you must appreciate them while they last. Although “eight” is certainly full of symbolic value for the month of October, we must remember that it is now connected with “ten”.


As the first of the double digit numbers, the meaning surrounding “ten” focuses on returning to our centers. In a spiritual sense, we have come full circle. This also applies to the agricultural and seasonal realms. After blooming and reawakening in spring, enjoying and thriving in the summer, and transitioning into fall, it is now time harvest the year’s work and prepare for the cold, dark winter.

In addition to tying the ends together in the spirit of unity, this numerological number gives us a different kind of fresh start. The fields (and our personal slates) are nearing the time when they can be granted a fresh start. “Ten”, in this method of thinking, symbolizes personal fulfillment, completion of a task, and achievement of goals. This is because “ten” contains all of the elementary, single-digit numbers one through nine within it.

If “one” is indicative of the beginning of a journey, “ten” must represent the end outcome. The year has almost gone full circle and so, too, should you. We can also recognize this theme with the presence of October’s main celebration: Halloween. This day is used to focus on those who have already completed their personal circles and can now live on in other, more spiritual ways.

Libra sun sign hold the majority of the month, ending on the 22nd. People with this star sign are perfectly balanced (most of the time). While they are certainly just and honest, they also recognize the beauty in the world. Additionally, they seek perfection in all that they do.

Scorpios, on the other hand, were born in the final days of October. They are self-willed, highly motivated people. As friends, they can do a good job of kicking others into gear so that they may find their purpose. Scorpions are transient individuals, though, and sometimes require reminders to be grounded.

No matter which way you slice it, October month certainly has its own symbolic meaning. What does it mean to you?

Previous What Is The Feng Shui Grid
Next November Symbolism