Feathers – The Spiritual and Symbolic Significance

What do feathers symbolize? The feathers symbolism shares some similarities with the interpretation of birds. This includes ascending via flight and looking at the world from a higher, more encompassing perspective – a “bird’s eye view.” In addition to all of the traits accompanying birds, feathers also possess their spiritual values and symbol meanings, including truth, speed, and lightness/airiness.

Feather symbols convey a powerful message in Native American cultures. Tribal chiefs wear feathers both on their bodies and headdresses. It could demonstrate their wisdom and connection to the great spirits. Feathers also symbolized the strength of the thunder gods, in addition to the power of the air and wind. The Pueblo Indians of the American southwest honored a feathered sun. It was symbolic of the center of the cosmos and all existence.

It had a purpose as a worship symbol, used in ceremonies and prayer. The Pueblo also used feather sticks in their rain dances and other solstice rituals.

What does feathers symbolism mean spiritually? It would be awesome if you will become a go-getter and a self-motivated person who gets things done. Do not watch or wait for things to happen but be on the scene and make a positive contribution to better your life. Moreover, you should avoid copying other people’s lifestyles but learn to live your life to the fullest.

The meaning of feathers symbolism implies would be brilliant to appreciate that no one has the best interest for you than yourself. Indeed success lies within you and it’s your duty to unveil your real purpose and become the best you can be. Take some time to study yourself and groom your strengths to shine in the area of your gifting as you work on your weak points.

The feather symbol reminds you that it would be helpful to maintain a more vibrant spiritual life to understand deeper positive traits within you. Pray to God to show you how to improve in the areas you may be feeling challenged. Moreover, you need to be persistent in pursuing your dreams until you make them.

If you keep seeing feathers symbolism everywhere it would be awesome to think critically to get new dimensions and solutions to your issues. Do not conform to the ordinary pattern all the time if you want to stay ahead of the curve. Again try to research, consult and embrace new ideas to help you in making exemplary progress.

What do feathers symbolize? It would be vital to review your life; see where you have come from, where you are, and where you want to go. Try to do away with routines or habits that add no value to your life and bring in fresh ideas to boost your efficiency.

The feathers symbolism power urges you to have faith in God and belief in your abilities to accomplish much in your lifetime. Also, you need to make the right choices of friends to ensure they propel you towards your life goals. Stay away from lazy guys who neither have a plan nor a dream for themselves.

The fine feathers symbol meaning reminds you to be more proactive in life. Avoid procrastination by ensuring that you tackle each task as scheduled. Do your best instead of aiming for perfection and keep moving forward. Let your shortcomings reinforce your experience to tackle future challenges better. Also, reward yourself for every accomplishment as you move forward. 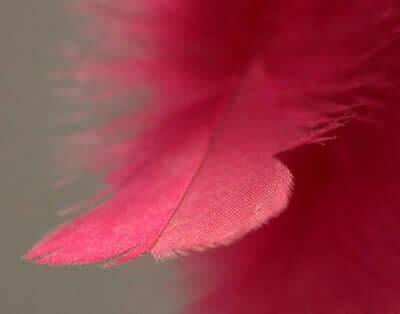 The Celts also understood the meaning of feathers. Druid priests decorated their ornate robes with them. They donned these robes in spiritual ceremonies. As a result, they could communicate with the sky gods, gaining knowledge of the spiritual realm. Celtic cultural beliefs assumed that, along with the presence of the sky gods, the beautiful cloak of feathers would allow the priest to go beyond the basic Earthly reality and enter the celestial realm. Thus, the garment was holy, and only those who were worthy and existential could wear it.

In ancient Egypt, most animals and objects held symbolism, and feathers were no different. The feather was thought to be symbolic of the sky gods there, as well. In the afterlife of ancient Egyptian culture, the feather had the purpose of measuring weight. Once the newly dead souls entered the underworld, Ma’at, the Egyptian goddess of justice, would weigh their hearts against the weight of a feather. This trial could determine the worthiness of the soul, and the verdict came from its results.

Later, holy behavior was signified by feathers in the Christian faith. Believers wore rings imprinted with a symbol made from three feathers symbolic of hope, charity, and faith. The signet rings could serve as wax seals after dipping the symbolized side into hot wax.

The ring would help press against documents or envelopes to seal them shut. Once dried, the wax would display the symbol of the three feathers. The recipient would then know that the documents came from a virtuous (and Christian) person. Although it may seem a bit self-righteous and pretentious, those were the ways of the world in the past.

Things You Should Know About Feathers Symbol

Spiritual totems often come to us while we sleep, offering their advice and messages through our unconscious mind. When we see feathers symbol in our dreams, they are typically reminiscent of our ability to move freely in life. Maybe it is advising you to take a trip or relinquish something’s hold on you that prevents you from true freedom.

Additionally, the color of the feather is also important for accurate interpretation. Most obviously, a white feather indicates an innocence that is inherent in all of us. In the world we live in,  it is important to remember that innocent and chaste of souls. The white feather can also be an omen that you will receive the opportunity for a fresh start in life. Recognize this opportunity and take it.

Your body and mind will ultimately feel rested, refreshed, and reborn, ready to overcome obstacles and maneuver your way through life with grace, humility, and genuine care for more than just yourself.

In a nutshell, Feathers Symbolism reminds you to be self-driven and proactive in pursuing your dreams and goals in life. Also, to nurture your spirit. to live a more effective life.