Moreover, it spells the spiritual awakening and finding the right avenue for success. Nothing should worry you when you know the impression of fishing good things in life. Good fortunes are something you have to keep in mind in September symbolism. Also, completing every target you have will be an important factor in evaluating your progress in life. So, be open to ideas that are purposely directing you to active great success. Thus, never think of giving up in your pursuit of prosperity.

What Is So Special About September Symbolism?

September symbolism shows the end of the fall season, and most English football begins in September. It’s such a month full of actives that has an impact on the entire universe. People who are born in September tend to be active, intelligent, and focused. It shows the level of wisdom that most people have can help in solving problems in life. So, you have to accord the month the respect it deserves. You have to be sure of where you want to go and achieve your objectives.

Is The September Born Beautiful?

They have an eye for beauty and ways attracted to beautiful living. Such people are always happy and accord beauty the highest levels of appreciation. You have to admire such personality as it gives it meaning to nature. Therefore, the good association will mean that the September symbolism is helping in understanding the end of seasons and the beginning of good things in life. So, you have to be intelligent to allow good thoughts in your mind.

The symbolism of September month focuses on refocusing our energies. The Northern Hemisphere signals the beginning of autumn while it kicks off the spring season in the South. Like the other months, its name comes from the ancient Romans. It comes from the Latin septum, meaning “seven.” This might strike you as odd since September is the ninth month of the year.

Originally, though, when March was the first month of the year, September came in at number seven. Once January and February were added to the beginning of the year, sometime around 150 BC, September became its current number nine. However, it kept its same name – perhaps because it was already circulated and in popular use. Originally, September had 29 days. With the Julian reform, though, another day was to add. 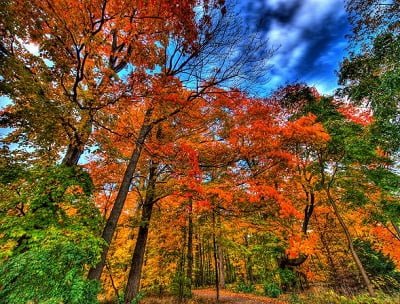 The numerical position that September month falls in is significant to interpreting its spiritual and symbolic value. First, we can look at its original number: seven. Lucky “seven” is indicative of pure perfection. It is also symbolic of a secure sense of safety and rest. Fittingly, “seven” combines the important numbers of “three” (lucky, heavenly) and “four” (Earth, body) to form a power number or the “Septad” to the Pythagoreans. “Seven” also occurs naturally, like the other numbers, in the form of the rainbow colors and the number of days in a week.

Because of its association with Saturn’s mighty planet, the September symbolic meaning has been revered across cultures and time for its connection with magic. Although its interpretation as lucky can certainly be true, the spiritual nature of “seven” goes further than that. It speaks to our scholastic side and encourages us to strengthen our minds and focus to “solve the mysteries” of life.

What Is Virgo Spirit Animal?

By invoking this number, we can activate our imaginations and combine them with conscious, detailed thought to solve problems. With a deeper understanding of the number 7, one can utilize its gifts and incorporate its positive energies to achieve spiritual enlightenment. Again, “seven” was also considered to be the luckiest of numbers.

Once September’s position changed, it gained potential symbolism with its new number, “nine.” “Nine” is believed to be the number of wisdom and magic, although many ancient people considered it to be unlucky, as it is one less than the perfect “ten.” However, some view it as the number of completion and fulfillment, as it symbolizes the heavens and afterlife. Its connections to magic and higher levels of thinking have made it sacred to many groups of people.

Fitting with its physical position on a number line, this number represents the ultimate attainment of enlightenment, accomplishment, and satisfaction. By recognizing these personal achievements, we can see that we have achieved a position of influence. Thus, “nine” concerns our intellectual power and abilities and encourages us to use our inventiveness to commandeer any situation to make a positive difference.

Those born in September can claim the beautiful sapphire as their birthstone. The stunning blue gem is ultimately a stone of wisdom. With its bright, celestial hues, it brings about the idea of royalty and divinity. Sapphires are associated with the most sacred things, as they are precious and are thus referred to as “the gem of gems.” Even in ancient and medieval times, the sapphire gemstone was symbolic of the celestial realm and good, strong faith. As such, people invoked it to bring good fortune, physical protection, and spiritual enlightenment. 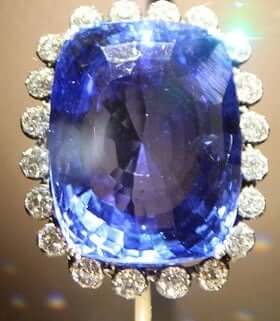 September is split into two Zodiacs: Virgo and Libra.

Leading the majority of the month, Virgo is a practical and analytical person. They are highly observant and cyclically break down all that they observe. Virgo birthday people use these skills to learn and gain more from their deep reflection. However, they also have softer qualities, such as being kind and thoughtful.

Libras, who are born starting on September 23, are busy individuals. While they focus on just causes, thinking, and truthful behavior, they also recognize the beauty in the world.

September symbolism is all about refocusing, reflecting, and re-evaluating your plans. So, it’s a month that you need to be sensitive as it has special events that mark the new ideas and thoughts. So, you have to check on your progress and be positive about what you want to achieve in your life. Do not think of losing hope in what you know will lead to success.