Sunny July symbolic meaning signifies summer and all of its radiant glory in the Northern Hemisphere. As a child, school is now out and the long days of light are filled with outdoor play, swimming, and all sorts of fun. Summer is a time for outdoor parties and activities, as well as vacations to the beach.

The warm temperatures that we experience in July provide us with the weather conditions we need to reconnect with nature. In fact, July reports as the warmest month of the year in the Northern Hemisphere. People take this opportunity to go hiking, camping, and swimming at the beach. By contrast, in the Southern Hemisphere, July equates to January (the coldest month of the year) and the middle of winter in the North.

July is a month for reflection and meditation in the middle of cold, dark winter. Although many countries have holidays unique and specific to them during this month, July is more of a celebration of the season. As such, its symbolism is vast. 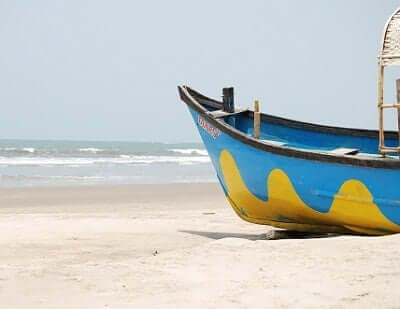 As with most other months, July was named by the ancient Romans. However, it is somewhat unique in that it is not named after a god or goddess. By contrast, the Roman Senate named this month after General Julius Caesar, as he was born during this month.


Do You Have Good Karma?
Try The Karma Quiz Now!!
Before him and his famed escapades, July was actually called “Quintilis”. This was Latin for “fifth”- July was the fifth month in the ten month calendar before January and February were added by Numa Pompilius in 713 B.C.. Until then, the month was governed by the Roman deity Jupiter, god of light and sky. This makes perfect sense, as the days of July are ripe with day light.

People born in July can claim the ruby as their birthstone. This fits in with the theme of regality and boldness. However, the ruby is also connected with contentment and joy. These feelings are synonymous with summer, making this semi-precious ruby stone perfect as a sign of July.

Although the temperatures are sizzling hot, flowers are still in full bloom during this month – as long as it rains enough, of course. July is symbolized by two beautiful flowers: the Larkspur and the Water Lily.

Larkspurs have large, open forms with petals growing out from long stems. Each stem yields upwards of twenty flowers, with the color ranging from light pinks to deep purples. These flowers represent the boldness of the month. 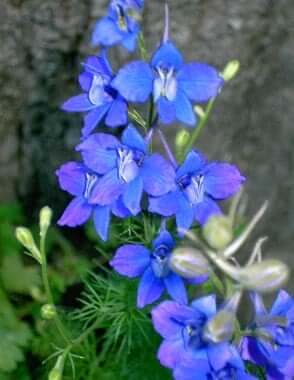 Water Lilies, by contrast, remind us of the simple joys of summer. Sitting peacefully on natural green pads, Water Lilies open their petals slowly and gracefully, embracing the outdoors with a regal poise.

The Cancer sign represents the first 22 of July’s 31 days. People with this sign are perceived to be very emotional and impulsive. Maybe it’s the heat that gets to them. Although they possess these qualities, the crabs are also known to be fair diplomats. This is because they are highly selective. All their qualities combined together form an extremely intense personality that can be perceived as intimidating to some.

The remaining nine days of July belong to the Leo Zodiac. While Lions are thought to have a regal, ruling personality, they are far less intimidating. People born under this Zodiac are warm and generous, all while still maintaining a disciplined sense of initiative. Fittingly, Leos are symbolized by the lion, which can also be considered symbolic of July. Lions are regal and demonstrate this with subtlety. They do not need to be over the top. July speaks of a similar message: although the temperatures are bold, fun can be had in the most simple of ways.