What Symbol Is The Month Of February?

The February symbolism is an indication of new life that would be important in the face of your life. Therefore, you have to think of the best way to change your life settings and rethink the best way to better your life. Improving your standard daily is the most important part of making life meaningful. So you have to focus on something that will be catering to your special capabilities.

It signifies change that is long-term and will assist you in making good things in your entire life. You have to be considerate of the good things that will accompany success. Everything you put your effort into will be important when you think of success from a positive perspective. So, be consistent in what you do as you aim to bring good change into your future. Dreams are driving you in the right way, and it’s your hard work that will bring your results to a close.

Is February Symbolism The Month Of Love?

The month full of love is February. Valentine’s day is celebrated every year. It shows how February can bring success in terms of love. You have to consider it a special month in a year when you express love from a broad perspective. Think of it from a positive angle and express the right attitude in your life. Everything that you possess in your mind will bring to fruition when you have the right mind. So, you have to concentrate on the long-term plans that will be important in your result.

Animals that show the need to be dependable and hard-working should be the one that represents the month of February. So you have to seek the right goals as you outsmart something that will bring success on your side. So, be sensitive and mind about others in your life. It will be important in making choices that will bring about love as February symbolism. You have to focus on the eternal love and the one the brings unity and strength.

Coming just after January, the month of new beginnings, is February. From the Latin word Februarius, meaning “to purify,” February was known as the “Month of Purification” during ancient Roman times. It is a transitional time, finding itself just after a month of reflection and new year’s resolutions.

By examining some old and popular and new and enticing February symbols connected to this month, we can clearly see the themes of transition and change. These symbols can break into a variety of categories, including flowers, trees, and worldly festivals. 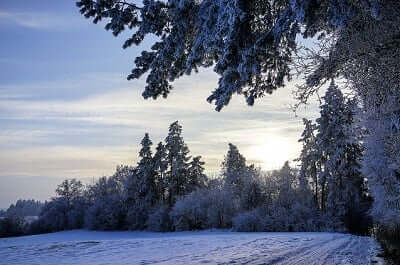 Although most flowers require warmer temperatures to bloom and thrive, violets are one of the few that survive in cold weather. This flower inspires during a destitute and harsh winter season. Their deep purple petals amidst the cold white snow evoke feelings of hope in the coming spring, the promise of better, happier times.

When the violets come, spring is certainly just around the corner. As such, February is a time to become comfortable with the resolutions and changes you have made during further planning for the future season. During this contemplation, there are several properties of violet flower symbolism that you can focus upon.

For example, this flower was popularly used in ancient ceremonies and festivals in weaving crowns, signifying protection from mental ruin. This correlates with the sadness and even depression that people may feel during this cold and dim month.

Additionally, violets were used in folk medicinal practices to protect against bad headaches and cure hangovers, further connecting this flower to issues of the head. In Hinduism, the Crown (or head) chakra is represented with a violet-colored aura.

The primrose is another flower said to have symbolic connections with February. Like the violet, the primrose is one of the first to bloom and indicating the forthcoming spring. From the Latin primus, meaning “first,” the primrose is a symbol of courage as it faces the stark, cold winter conditions in its early phases of life.

Many cultures have used this flower’s meaning to signify beauty, purity, and refinement, including the Norse and Celtic. Thus, the primrose also brings these sentiments to the general symbolism of February. It is perceived as evidence of delicate beauty and enriched states of happiness and blissfulness. 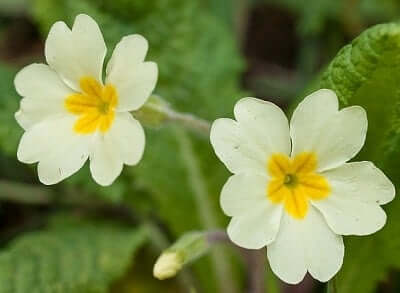 Like flowers, there are a few trees that share the characteristics of this special month. The Celts, in particular, were enamored with the mystical nature of trees. In fact, they even had a special language for them, the Ogham. In this language, the Rowan tree was indicative of protection, transition, and balance – an appropriate fit for a February symbol.

The Ogham also included the Ash tree, which was a transitional symbol in its own right. By calling upon the messages of this tree during February, you are seeking clarification for your own personal vision and path.

As a symbol of creation, this tree improves our potentially bleak and negative outlook by allowing us to focus on the new life ahead of us. The ash is thus another symbol of rebirth and creativity.

We can also learn about the symbolism of February month by examining the ancient festivals that take place within it. Perhaps the most popular is Valentine’s Day – the holiday of love. Although many may believe that this was a celebration created by the candy companies, there are actually historical profits tied to this day.

Some stories tell the tale of St. Valentine, who was known for taking the sacrament of marriage to military men and their co-wives, even though the emperor banned it. Others associated the day with an ancient Roman festival of fertility and purity known as Lupercalia. Nowadays, most associate the day with sweet chocolates (which happen to be aphrodisiacs) and Cupid. No matter which way you spin it, February is host to a festival of joy and love. 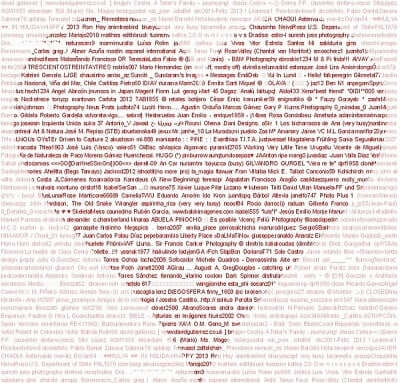 The ancient Romans also dedicated a festival in February to the Goddess Fortuna, goddess of luck, fortune, and fertility. As Fortuna was believed to control fate, the Romans believed that she required much praise and worship. As such, the festivals adoring her could last up to weeks long. During this time, people would focus on being mindful of signs in their lives and even fortune-telling.

These are only a few examples of February’s symbolic meanings and association. Whatever speaks to you of transition, love, and hope during difficult times can also be suitable. Also, there are no rights and wrongs in symbolic meanings. Beauty is in the eye of the beholder.

February symbolism talks of something that encourages you to find love that is pure, genuine, and sensitive. Also, it speaks of hard work and consistency as you try to make life more vital. So, pick on your goals and work as you aim at eternal love and pull the bond between people. Hence, at the end goal and speak of positive things about your life.

Share
Previous Lightning Symbolism: Power And Energy
Next Symbolic Elementals: You have To Be Vigilant