Penguin totem are cute little animals that people sometimes forget are birds. This fact, along with a few other misunderstood traits about the penguin bring a new sense to the bird’s symbolism.

Symbolism uses the traits of animals or plants, along with their actions. Also, it uses the myths that may be behind the creature. This is to figure out what the animal can represent in a figurative sense. Therefore, the penguin animal totem is unique in symbolism because there are many facts about the penguins. Humans or the penguin people get them wrong at times.


Even the misrepresentation of a trait can add symbolism to an animal. Moreover, just like the animal’s actual traits. We will be talking about both of these things in this article so that we can get the best understanding of penguin symbolism as possible. 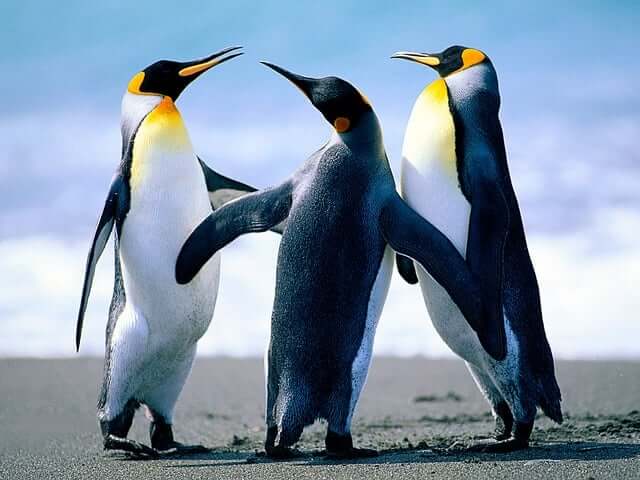 One thing that humans regularly forget about the penguin animal spirit is that the penguin is a type of bird. Some people forget that the penguin is a bird because it cannot fly, although it does have wings. Evolutionary scientists believe that penguins were once able to fly at one point in life. However, over time they didn’t need to fly anymore. This made it so their wings could no longer allow them to fly, but they still have their wings. However, penguins still use their wings; they don’t waste them.

However, it is safe to say that you probably won’t find a penguin in the northern hemisphere. This fact about penguins brings along even more symbolism. This is just one of the things that symbolize the penguin’s dual nature. Or, it’s a specific different nature. This can represent opposites, confusion, and contradictions.

What is the Symbolic Significance of the Penguin Totem?

A little-known fact about penguins is that they have great communication skills. This helps them in their group. Moreover, they can easily tell each other apart by their calls. Penguins also do their best to stay in groups. This could also be one of the survival tactics. Overall, this trait in penguins can symbolize a few essential things. Staying close together can represent community and togetherness. Having different calls and being able to recognize each other because of it symbolizes family. Also, it bears the symbolism of communication as well.

Overall, penguin symbolic meanings are diverse and not always so obvious as the symbolism of some other plants and animals. For instance, you might not be able to know the myths about the penguin just by looking at it. This fact adds more symbolism to this bird than other animals with a few myths around them have.


Share
Previous Peacock Totem – What Does It Symbolize?
Next Hexagram 1 iChing: Force – I Ching 1 Interpretation Video