November is a tricky month, at least in the Northern Hemisphere. It’s quite difficult to dress when you don’t know if it’s going to be sunny or snow. This month represents the transition from the autumn harvest season to that of winter. In the United States, this is the month that hosts Thanksgiving, a day to reap the harvest and celebrate the community’s or family’s collective bounty.

Symbolically, November seems to be a representation of the final stages of one’s life, with winter being death. However, since all things are reborn in some way or another, November seeks to remind us not to fear the winter season, for spring will follow it.

This month, like all others in the Julian and Gregorian calendars, gets its name from the ancient Romans. November comes from the Latin novem, which means”nine”, as it was the ninth month until January and February were added to the calendar. As such, much of this month’s symbolic meaning is associated with that number. 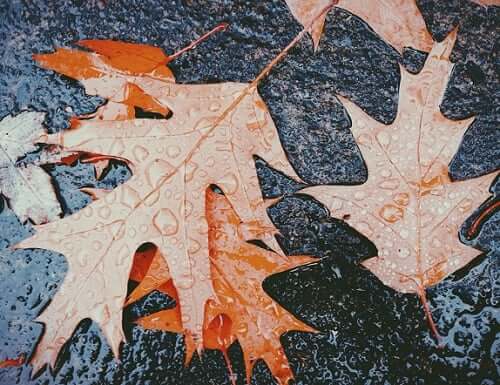 The original placement of November month as the ninth month does not go without strong attachments to the symbolism of this number. “Nine” is said to be the number of knowledge and wisdom. It was thought to be an unlucky number as it was one less that number 10.

Number 9 is also thought to be a spiritual number of completion that symbolizes life after death. It deals with alchemy and a higher level of consciousness and spiritual enlightenment. Thus the symbolic meaning of nine also influences you status and standing. This is a very strong number that helps you make a difference to this world.


However, as the eleventh month, November has slightly different symbolic value. The number one is indicative of a new beginning to a journey, and “eleven” simply doubles this. We can apply this to our own lives during this time of year, as it brings the end of autumn and the start of the cold, dark winter.

The birthstone for those born in November is the topaz. The yellow variety seems to be the most commonly accepted specificity of the stone. This beautiful gem could serve to remind us that the light will return after the impending winter ahead of us. The bright color acts as a much-needed pick-me-up. Additionally, the gem is known as a symbol of the importance of maintaining our important friendships.

Individuals born in November can be one of two Zodiac signs: Scorpio or Sagittarius.

Scorpios take up the breadth of the month, ending on November 21st. These people are strong-willed and self-motivated. They know how to get tasks done in order to reach their goals and often try to inspire this quality in their family and friends. Do not take offense, for they only mean well. However, Scorpios are also known to be transient and a bit flighty, so you must reciprocate the favor of focusing them sometimes.

People born from November 22nd fall under the zodiac sign of Sagittarius. These individuals are philosophically driven intellectuals. Their seemingly never-ending optimism is contagious, and they always seem to find the light in the dark. Perhaps this is because of the weather conditions when they are born. Sagittarians also love to experiment for the purpose of enhancing themselves. They can provide a little jumpstart to those who fear stepping outside of the box.

Like other months, November has its own special and unique symbolism, all while tying itself into the grand plan of the seasons.