The zebra spirit guide is somewhat related to the horse, which would explain their physical similarities. Some of their actions are also alike. For instance, both creatures can run faster than most humans. They can make their way almost anywhere very quickly. There are a few major differences between these two species, though. There are not horses that naturally are covered from head to toe in stripes like the zebra, although groomers could probably make a horse look like a zebra.

Another large difference between horses and zebras, probably the most important difference, is that it is relatively easy to domesticate a horse while there are still wild horses. Humans have been able to train and have horses for pets for centuries. There are even horse pageants and contests in many countries.

However, many attempts have been made to domesticate the zebra, but the animal refuses to drift from its natural wild nature. Zebras seem to know that they are free and wild, and they don’t seem to be letting humans change that anytime soon. So, what do the zebra’s physical characteristics and actions have to do with their symbolism?

Let’s begin with the symbolism that surrounds the zebra spiritual totem’s physical characteristics. The zebra’s black and white stripes tie powerful symbolism to the zebra.

One thing that is so important about a zebra’s stripes is that no two zebras have exactly the same stripes. Other zebras can tell each other apart because of this fact. Because no two zebras are alike, the zebra animal totem is symbolized with identity or individualism.

The zebra’s black and white stripes also symbolize something else that is powerful. They represent the black-and-white nature of the world, or at least, the way that some people think the world is. You can look at a zebra symbol and see that it is black and white, but you can also easily tell that it is not all black or all white.

This symbolizes that there are both black and white matters globally, good and bad, similar and opposite. This helps symbolize that there is rarely one right or wrong way to do things or that a person is good or bad. There are middle-grounds in the world, and the zebra can help us to see this.

The zebra animal totem’s actions also have some powerful symbolism surrounding it. This is where some of the animal’s symbolism becomes somewhat contradicting. Because the zebra spirit guide refuses to be tamed by humans or anything else, it symbolizes the wild and free spirit that lives in everyone. It also symbolizes individualism, as they unknowingly agree not to become like many other animals, domesticated and trained. 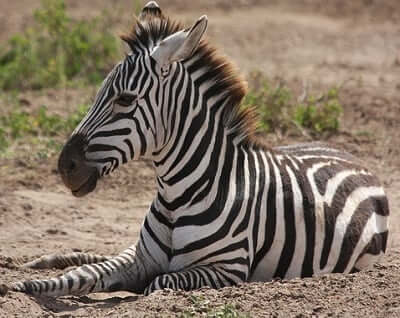 The zebra spiritual totem is a great symbol of freedom because of this trait. The zebra also sticks to its herd. This animal likes to be in a group, even if they are a group of individuals. This helps to symbolize community, protection, and family. Zebras know that they have a better chance of surviving when they stick together.

The zebra animal totem is a strong-willed animal that does what it needs to do to survive. In a way, the zebra, and zebra herds, are much like human and human populations. While both groups are full of individuals with different thoughts and ideas, both groups also know how to come together to survive and make their existence more enjoyable. If you can relate to the zebra symbolic meanings, it may be the totem animal.

If you have the Zebra as your spirit animal, it means that you are someone that people can depend on. People can look up to you when they need help with something. You are reliable and always there for your loved ones. Nothing can go past you because you are keen on the things that are happening in your surroundings.

People will notice you for the person that you are. You have great positive traits that attract people to you. Always be there for the people that matter in your life, and they will also be there for you. Allow love and positive energies to make up the better part of your life. Always choose happiness and joy in all you do and in the way you interact with people.

If Zebra is your totem, know that you have a big problem committing to projects. You give up easily when you can continue making something out of the projects you involve yourself with. Giving up should never be an option when things are not going your way. Always have the will to push yourself to become bigger and better because you have got all it takes.

You mostly stand out from people because of your great qualities. This makes you not settle in at times with people and blend in. The meaning of Zebra reveals that you should not worry about this. Always live your best life. Do not be in the business of impressing others.

Having that you are unique, people tend to gravitate more towards you. Do not let people take advantage of your kindness to enrich themselves. Always ensure that you set boundaries that will allow you to thrive and have better relationships with people.

Dreams are a way by which so much is communicate to us. If you dream about a Zebra, know that you need to make some positive changes in your life. Take charge of your life and do the things that will elevate your life and the lives of your loved ones. Always be ready to live by your truth and make the best of your life.

Dreaming of a running Zebra means that you need to be careful of the people you surround yourself with. Be keen to be around people who want the best for you. You should run away from people whose main aim is to bring you down and make you feel less in life.

Dreaming of a herd of Zebras is a sign that you need to take your life seriously. Prioritize the things that matter in your life and be the best at all that you do. Do not settle for less in life when you can achieve more. Also, be careful to make good use of all the opportunities that present themselves in your life.

Zebra totem wants you to maintain a close relationship with the people that matter in your life. Do not let anything cause you to stop being kind and compassionate towards your loved ones. Always be there for them and make them feel like they play a major role in your life.

At all times, work towards becoming the best in all you do. Never take things for granted, and always ask for help when you need the same. Seeing Zebra in your dreams signifies your ability to make the best out of the worst situations in life.