10 Tips To Communicate Better With Your Girlfriend

10 Tips To Communicate Better With Your Girlfriend

I’m sure you’ve heard that “Men are from Mars, women are from Venus.” And it may very well feel like that when trying to talk with your girlfriend.

But as foreign as women may seem to you, there are some ways to crack that seemingly impossible code. It just takes a little effort. Here are some dating tips to get you started in communicating with your girlfriend.

Guys, how many times have you heard your girlfriend complain that you don’t listen to what she’s saying? I bet over a million. Well, make the effort. I’m sure she probably talks and talks until she gets down to the real issue, but learn how to discern the real issue without discounting her feelings. More often than not, she just wants a shoulder to cry on, instead of a solution.

There is a time and place to say some things and a way to say them. It’s a good rule of thumb to not bring up any touchy issues on period or PMS week. But hopefully that was already common sense to you.

#3. Know her triggers, but know yours, too

It’s always better to talk when you are calm. Don’t try to talk if you’re already angry. You will be on the offensive and she will be on the defensive. Instead, take a few breaths, walk, sleep on it even, and return to address the issues in a better mood.

Starting off any discussion with negative comments sets the tone for an argument instead of a discussion. Use words like, “I feel, I want,” instead of “I can’t stand, I don’t,” etc. Keeping a positive outlook on the situation will encourage your girlfriend to do the same, instead of her feeling like she is being attacked from the get-go.

Women always complain that they have no idea what their boyfriends are thinking or feeling – and that leads them to start guessing and making up crazy scenarios in their heads. So help them a bit. Be honest and be upfront about your feelings and give them some details once in a while. Instead of just texting, “I’m working, I’m busy,” tell them that you have a report due by 5pm or that your boss just dumped all of a sick co-worker’s job on you. Let her know and she’ll understand better what you’re going through.

Schedule date nights or Skype dates if you can’t be together and just talk. Share what’s going on in your lives, something you read in the news, common interests you have. Ask how she’s doing. Not just the simple, “How are you?” at the beginning of the conversation, but really get to the root of the question. Take an interest in her life. 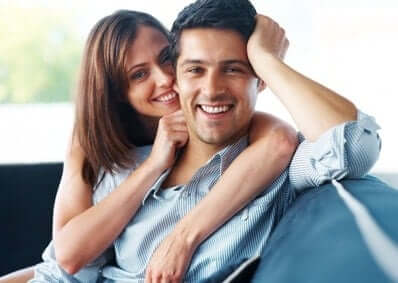 Stop texting about things that deserve a face-to-face conversation. How many times have you had a pointless argument over a misconstrued text message? Point made.

Saying, “I love you” can quickly become mundane and just something to check off the list before you hang up the phone. Instead, surprise her with dinner one night, grab her hand on the street, text her that she’s beautiful. Spice it up.

Gently stroke her hair, kiss her forehead, hug her after a long day at the office. These things will make her feel more comfortable to communicate with you. And studies show that “petting” is actually more calming for the one doing the petting than the one being petted. So why not? 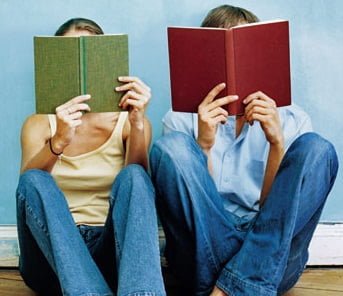 #10. Laughter is the best therapy

Have something difficult to say to your girlfriend? Throw in some one-liners, poke a little fun at yourself in the matter. It’s much easier to catch flies with sugar than vinegar. She’ll be more receptive to what you’re saying if she’s smiling. The endorphins are already flowing.