What Is My Celtic Totem Animal?

What Are Celtic Totem Animals?

According to ancient Celtic lore, every person has a Celtic totem animal. This symbolizes the main qualities of the individual, comparing them to an animal with those same qualities. The period of the Druids who were responsible for Celtic signs, was a period of history in Britain and Europe, lasting from 500BC and 400AD.


However what we do know is that each animal possesses a certain set of qualities and we can determine the Celtic totem animal for a person. It is interesting to note that just like the the Celtic Symbols, the Native American Indians have a similar type of Animal Totem signs.

This seems to indicate that universally ancient civilizations used animal symbols to depict certain personal characteristics in people but also in certain elements and animals.

How Do You Find Your Celtic Animal Totem?

Well it is a little more complex that simply looking up a chart and seeing which qualities a person displays the most. Often times someones Celtic animal signs can overlap. Therefore the reading of them requires the skilled hand of Celtic reader. Basically there are about 5 main categories of totem animal types. These are Earth, Water, Air, Insects and Reptiles & Amphibians.

When it comes to working out what their Celtic animal totem sign is, a person refers to all following:

1. Animals that may appear in their dreams.

2. Animals that may cross one’s path during course of the day or at a time when the person is seeking to know more about themselves.

3. Meditate or practice stillness on a regular basis. This make your more aware of your animal qualities.

4. Research all you can on animal totem identification.

It is a highly complex and somewhat subjective process that will take you time to do. However here is an overview of some of the main categories:-

These are said to walk with their ear to the ground and so have a strong intuition, awareness of things as well as having a strong grounded physical and mental being.

These include birds in the air and are said to represent animals closer to the Gods. They also symbolize higher knowledge to the observer, that our highest desires go to the Heavens via them (air animals). It is believed to be a good omen when air animals appear more obvious to you as walk through the world. 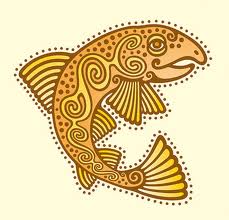 These include fish, dolphins and lobster plus many more besides. Whilst each of these individual totem signs is distinctly different the category has an overall significance to the observer.

Water animals are omens of cleansing, mobility but also of the unconscious mind, possibly telling us of things that we ought not to do!

These include alligators, crocodiles, snakes and frogs and due to their diverse symbolism cannot be generalized as a group. However we can note that frogs are said to indicate a period of transition, snakes to be a sign of  a range of qualities including balance, healing, cunning, eternity, protection and rebirth as well as many other qualities.

Crocodiles and alligators meanwhile both symbolize being able to see through ambiguous situations since they have very finely attuned senses for watching out for danger. They also represent bravery, speed and stealth and as we all know can be pretty fearsome animals!

So summing up it is not easy to work out what Celtic totem animal one is but it can be done.

The main things that are required is a tuning into the natural environment, paying attention to your dreams, research into Celtic symbolism (It is extensive) and opening yourself to the concept that every animal has a inherent spirit just as you as a person, have a spirit and certain unique qualities that will carry you through this life.