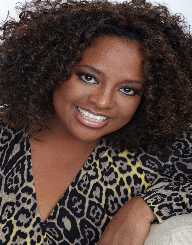 Sherri Shepherd was born on April 22nd, 1967. She is a famous television personality and a talented author. Aside from this, she is also recognized for being a comedian and an American actress. She rose to the spotlight of her career with her role in Cleghorne! in 1995. After that, she featured on some recurring roles in hit TV shows such as Everybody Loves Raymond, The Jamie Foxx Show and Suddenly Susan. From 2002 to 2006 she landed on another role in Less than Perfect, an ABC sitcom. This was a huge success for her as it gave her a nominee spot for best-supporting actress featured in a comedy series in 2005. For about seven years, he co-hosted The View from 2007 to 2014. Accordingly, Shepherd was nominated for Daytime Emmy Award. Remarkably, she bagged home one of the awards in 2009.

Sherri Evonne Shepherd was born on April 22nd, 1967. Her birthplace was in Chicago, Illinois. She was the first born child of Lawrence and LaVerne Shepherd. His father was well known for being a church deacon. Shepherd has two other sisters.

Over the years, Sherri Shepherd has made a huge name for herself for being a TV personality. Besides this, she has also cemented her spot as a comedian and a movie actor. Before hosting The View, she was a standup comedian and combined this with her acting personality in films.

Shepherd’s first taste of success came after earning herself a recurring role in Everybody Loves Raymond. This was followed by her short stint in The Jamie Foxx Show. Next, she played the lead role in Suddenly Susan as Brooke Shields. By the time she was cast in the show, it was in its final season.

For about a year, Shepherd made appearances in Emeril, a culinary sitcom where she acted with the likes of Emeril Lagasse. This failed to work for her as it performed poorly among its audiences. Things, however, turned out bright after featuring in Less Than Perfect. This show was aired for four years beginning in 2002 ending in 2006.

Immediately after completing her stint with Less Than Perfect, Sherri Shepherd joined The View as a co-host in 2007. She was to fill the spot that had previously been left by Star Jones. Her personal life experiences and arguments that she shared on The View earned her high acclaim. Two years later, in 2009, she with her co-hosts was bestowed with Emmy Award. This was as a result of their exceptional performances in hosting a remarkable talk show.

Additionally, Shepherd also found time to indulge in other external projects that also made her famous. She was part of those women offering advice in Permission Slips: Every Woman's Guide to Giving Herself a Break. Similarly, she worked on Sherri who was her sitcom. Around the same time, she made a couple of appearances in Hot in Cleveland, Entourage and 30 Rock.

In 2011, Sherri Shepherd tied the knot with Lamar Sally, a renowned TV writer. Their wedding was featured on one of the TV shows. The pair, however, went separate ways after three years of being married together. Before divorcing each other, the two had planned to have a child via a surrogate mother. The baby was born in August 2014 after which Shepherd filed a case to have full custody of the child.