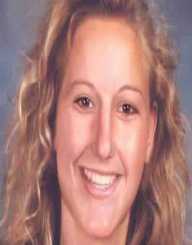 Amanda Berry was born on April 22nd, in 1986. During her late teens, Berry quickly became famous due to her unexpected disappearance. Ariel Castro had kidnaped her. She later escaped after ten years. It was through the help of certain neighbors that Berry managed to escape to freedom in May 2013.

Amanda Berry was born on April 22nd, 1986. Her place of birth was in Cleveland, Ohio. During her teenage years, Berry landed on a job in one of the Burger King restaurants around her place.

While walking home from work, Amanda Berry vanished, and people claimed that they had last seen her on April 21st, 2003. This was a day before she celebrated her 17th birthday. Later investigations revealed that the man responsible for her kidnapping was called Ariel Castro. Berry had been kidnapped after Castro convinced her that he would offer her a ride home.

The fateful event saddened Berry's mother named Louwana Miller and that she had requested the media to increase their coverage concerning her missing daughter. According to her, she was strongly convinced that Berry would never run away from home. Unfortunately, Berry’s mother passed away while her loving daughter was still out missing.

About ten years later after Amanda Berry had vanished from the public, she was seen at 2207 Seymour Avenue. She was crying out loud asking for help. Charles Ramsey and Angelo Cordero were quick to hear her cries, and they helped in breaking the door for her to be run free. During her escape, Berry was accompanied by her six-year-old daughter.
Within no time, Berry called the police and gave details regarding her disappearance. She also pointed out that two other women were also being held captive in the house where she stayed for ten years. The police later rescued Michele Knight and Gina DeJesus after securing the premises that evening.

Two days later, Berry was reunited with her family. This was on May 8th, 2013. The entire public welcomed the good news and her sister made an official announcement thanking the efforts of well-wishers. Accordingly, The Cleveland Courage Fund was quickly established with the main intentions of providing resources to the three women that had been kidnapped together with Berry’s daughter.

Ariel Castro was later found drinking in one of the local bars as Berry ran for her life. DNA tests carried out revealed that he was the father of Berry’s daughter named Jocelyn. During his hearing, he pleaded guilty to ensure that he avoided facing the death penalty. He was sentenced to serve 1000 years in prison without parole. However, in September the same year, Castro was found dead in his cell. He had committed suicide by hanging himself using a bedsheet.