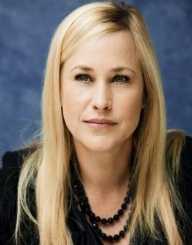 Rosanna Arquette is an American actress, film director, and producer. She has been known as an actress of rare depth and scope. Her films include ‘Desperately Seeking Susan,’ ‘After Hours,’ ‘Pulp Fiction,’ ‘The Big Blue’ and ‘The Crash.’ She directed the documentary ‘Searching for Debra Winger.’ She was nominated for an Emmy Award for her performance in the Television film ‘The Executioner’s Song’ and received the BAFTA Award for Best Actress in a Supporting Role for ‘Desperately Seeking Susan.’

Rosanna Lisa Arquette was born in New York on August 10, 1959.  Her star sign is Leo. Her mother is Brenda Olivia Mardi an actress, acting teacher, therapist and activist. Her father is Lewis Arquette a film actor, screenwriter and Producer. Rosanna Arquette belongs to a family of actors. Her paternal grandfather was Cliff Arquette, a comedian. Her mother was from the Ashkenazi Jewish family that emigrated from Poland and Russia.

Rosanna Arquette's father was of part French Canadian descent with a Swiss-German and English ancestry. Rosanna is the eldest child and her four siblings Patricia, Alexis, Richmond, and David are all actors.

Rosanna Arquette began her acting career at a young age. Her first big break was as a teenager in the Movie of the Week ‘The Dark Secret of the Harvest Home’ (1978). The movie starred Bette Davis.  She appeared in the television film ‘The Executioner’s Song’ (1982). This film earned her an Emmy Award nomination.

Rosanna Arquette's first film in the leading role was in John Sayles’ film ‘Baby, it’s you’ (1983). This film though highly appreciated did not get her much publicity. In 1985 she starred in ‘Desperately Seeking Susan’ with pop star Madonna which won her the BAFTA for her ‘supporting’ role despite her being in the lead.  She acted in other movies like ‘Silverado,’ ‘After Hours’ and ‘8 million ways to die’. Only Silverado was a commercial success. The other films did not do very well.

Rosanna Arquette then quit Hollywood and went to work in Europe. She acted in Luc Besson’s ‘The Big Blue’ (1985). In 1989 she was offered a part in Martin Scorsese film ‘New York Stories.’ Other movies followed like ‘Pulp Fiction,’ ‘Crash’ and Wendy Cracked a Walnut.’

Rosanna Arquette has also guest starred in many television series like Will & Grace, The Practice, Law & Order, Royal Pains, and Malcolm in the Middle to name a few.

Rosanna Arquette then shifted to direction. She produced and directed the documentary ‘Searching for Debra Winger’ (2002) and ‘All we are saying’ (2005).

Rosanna Arquette is currently developing projects for television and films through her company Flower Child Productions, which includes a series on Jane Fonda.

Rosanna Arquette starred in the ABC Sitcom ‘What about Brian’ from 2006 to 2007. She joined the Fit Parent magazine as Editor at Large in 2009. She stars in the French thriller ‘The Divide’ directed by Xavier Gens.

Rosanna Arquette has been married and divorced thrice. She was married to Director Tony Greco, Film composer James Newton Howard and restaurateur John Sidel.  She is now married to her fourth husband Todd Morgan an investment banker. She has a daughter Zoe Bleu with her former husband, Sidel.