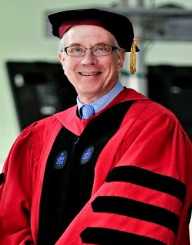 Thomas Cech was born on December 8, 1947, in Chicago, Illinois, USA. He also had a sister and a brother: Barbara and Richard.

Thomas Cech’s father was a scientist, and he instilled a healthy curiosity in Thomas Cech when it came to learning about the subject for himself. While in both elementary and middle school, he began to study geology independently. He would collect rocks and other similar items. He would often visit colleges nearby and ask the professors there to teach him more about the subject.

In 1975, Thomas Cech began working at the Massachusetts Institute of Technology. Here, he worked on his postdoctoral research.

In 1978, Thomas Cech began working at the University of Colorado, Boulder. Here, he taught chemistry.

While working at the University, Thomas Cech continued to work on his research. His main topic of study was that of DNA and RNA. During the 1970’s, (mostly the late 1970’s) Cech was more focused on RNA.

Both DNA and RNA carry a sort of “plans” of genetic information. However, there are many differences between the two. DNA is double-stranded, while RNA only had one strand. One of the main functions of RNA is to make codes for amino acids, while DNA is used primarily for genetics. Both are made of amino acids, but different kinds. Even though they are different, they still have many things in common, which make them similar subject to study. One thing that they both do is something called splicing. One thing he discovered in his research was that RNA can splice itself in certain scenarios.

In the 1980’s, Thomas Cech began to work with a research team to find out is RNA in a molecule of Tetrahymena thermophile could destroy or repair chemical bonds. They found out in their study that RNA could do this. They also discovered that RNA also stored genetic material. This is widely known know because of their discovery, but it was only guessed at during the time of their research. Another discovery that they made was that RNA also has many functions when it comes to cellular reactions.

In the later part of the 1980’s, Thomas Cech shifted his focus of study from RNA and DNA to telomerase, a type of enzyme. While studying this subject, he found that the enzyme can help to stop chromosomes from becoming smaller. He and his team also discovered that part of the telomerase. Work to repair itself during replication. This discovery later leads to more discoveries that showed that telomerase could be used in treating cancer.

In 1990, Thomas Cech was promoted to the status of Distinguished Professor at the University of Colorado, Boulder, where he continues to teach chemistry.

In 2000, Thomas Cech began working as the president of the Howard Hughes Medical Institute. Here, he donated money for research at the Institute. While here, he even developed a Helix Program. He continued to work here until 2008. After this, he only worked at the University of Colorado, Boulder, and continued his research.

During the late 2000’s into the 2010’s, Thomas Cech continued working at the University of Colorado, Boulder. While here, he formed the Colorado Initiative in Molecular Biotechnology, which was a laboratory at the school. He currently works as the head of his lab. He also continues his research, still focusing on different kinds of enzymes.

Thomas Cech is a member of some prestigious groups and organizations, including the following: National Academy of Science, American Cancer Society, Biofrontiers Institute, University of Colorado Cancer Center, and the Howard Hughes Medical Institute.

He also had numerous honorary degrees from the following colleges and universities: Grinnell College, University of Chicago

Thomas Cech married Carol Martinson in 1970. Together, the couple has two children: Allison and Jennifer.