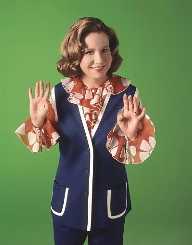 Debra Jo Rupp was born on February 24, 1951, in Glendale, California. She was raised in Boxford, Massachusetts. There she attended the Masconomet Regional High School, which she graduated in 1969. After graduating from high school, Rupp went to study at the University of Rochester and graduated in 1974 with a Bachelor of Arts degree. She became increasingly interested in acting while at University and began actively participating in theatre club Drama House. Rupp never married and is currently single. She never had any children.

In 1979, Rupp left Massachusetts to pursue acting in New York City. She began performing on stage and appeared in several television commercials. Her first big role was in the 1980 daytime drama All My Children, where she portrayed Sheila, a topless dancer. The same year, she also played Helen in one-act comedy Second Verse, which was a part of the New York’s Nat Horne Theater play festival. In 1985, she portrayed a young bride Eleanor in The Middle Ages at the Whole Theater Company. One of her biggest on-stage roles at the time was Cynthia Heimel’s A Girl’s Guide to Chaos. For the role, she received critical acclaim, and it significantly pushed her career forward.

In 1987, Rupp was mentioned in The New York Times article by Enid Nemy, and her popularity grew even more. She soon began to receive casting calls from Los Angeles. Rupp was at the time also working as a bookkeeper and learned about computers, since she knew that acting career is unpredictable and wanted something to fall back on. She was devoting most of her time to acting throughout the 1980s and performed in several stage productions and television shows. The most notable of the time was Katie & Allie, Spenser for Hire and The Days and Nights of Molly Dodd. In 1988, Rupp made her feature film debut alongside Tom Hanks’ in the film Big.

In 1990, Rupp returned to New York and began working on the Broadway production Cat on a Hot Tin Roof at the Eugene O’Neill Theatre. During the 1990s, she starred in several television shows, like Davis Rules, Phenom, L.A. Law and E.R. in 1995, she began working on The Jeff Foxworthy Show and appeared in the science fiction series The Invaders. She also appeared in several episodes of hit series Friends. She gained widespread recognition in 1998 when she began playing the role as Kitty Forman in the comedy series That ‘70s Show.

In 2000, Rupp began voicing the Disney’s animated series Teacher’s Pet as Mrs. Helperman, voicing the same role in 2004 movie. One of her most awarded film projects was the short film The Act, where she starred as a stand-up comic. In 2004, she starred in the independent film Lucky 13.

Rupp spent her time in Los Angeles, Massachusetts, and New York to appear on several stage productions. In Massachusetts, she has played in productions like Noises Off and Ring Round. Off-Broadway, she starred in the 2007 production The Butcher of Baraboo.

After the end of That ‘70s Show in 2006, Rupp began starring as the wife of a murdered pharmaceutical CEO in the drama Law & Order: Special Victims Unit. The same year, she also starred in the fil Kickin It Old Skool. In 2008, she was cast in the comedy-drama-musical Jackson. In 2012, she played Ruth in the romantic comedy. She Wants Me. The same year, she also starred as Dr. Ruth Westheimer in Dr. Ruth-All The Way on the St. Germain Stage of the Barrington Stage Company.