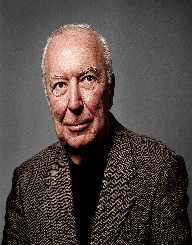 Jasper Johns Jr. was born 15th May 1930, in Augusta, Georgia, in the United States. With the marriage of his parents failing, his early years were spent in South Carolina, living with his grandparents. He lived with his mother for a period, then spent several years living with his Aunt Gladys.

Johns studied at Edmunds High School, and he graduated in 1947. He then enrolled at the University of South Carolina and did three semesters there before moving to New York City.

During the Korean War, Jasper Johns Jr. was stationed in Japan during 1952 and 1953. He returned to New York in 1954 and became involved with people from the arts scene, including his future partner, Robert Rauschenberg. In 1958, a gallery owner by the name of Leo Castelli paid a visit to Rauschenberg’s studio, and when he entered, Castelli was amazed at the display of works from Johns. He offered Johns his first solo exhibition on the spot, which Johns accepted.

Alfred Barr, founding director of New York’s Museum of Modern Art, bought several works at the exhibition, and it was a resounding success. Johns works predominantly over three mediums – painting, sculpting, and prints. He is best known for his painting called Flag, which was done in 1954. Johns is quite often put into the pop culture genre but is also described as Neo-Dadaist. His works are usually of iconic items such as flags, maps, and targets.

When it comes to Jasper Johns Jr.'s sculptures, he created the work first in wax, then adds patterns to create textures. He then cast the wax into bronze before applying the final finishing touches. Johns has worked closely with Universal Limited Art Editions, Inc (ULAE) since 1960. He has worked on creating printmaking techniques in lithography. Johns has collaborated with several artists to release books including a writer named Samuel Beckett. They published a book called Foirades/Fizzles, which included 33 etchings.

In 2000, Johns released a limited-edition linocut for the Grenfell Press. In addition to his work, he has collaborated on projects throughout his career and has also worked with others to raise money for different charities, including the Foundation for Contemporary Performance Arts.

In 1967, Jasper Johns Jr. became an artistic adviser for the Merce Cunningham Dance Company and held the position until 1980. He also accepted commissions over the years, and in 1964, he created Numbers for the David H. Koch Theater at Lincoln Center. The sculpture is a nine-foot by seven-foot grid of numbers and is the largest numbers motif done by Johns.

Since the 1980s, Johns has only produced a limited number of works per year, and some years, there are no releases at all. Collectors love his large paintings, and they are tough to come by. The Metropolitan Museum of Art in New York bought his painting, White Flag, in 1998. It is estimated the painting has a value of over $20 million.

Jasper Johns Jr. has many awards and honors to his credit, and some of these include:

1984:   Elected as a Fellow of the American Academy of Arts and Sciences

2011:   Awarded the Presidential Medal of Freedom

Jasper Johns Jr. met Robert Rauschenberg in 1954, and the pair had a long-term relationship.