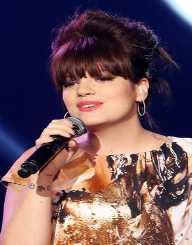 Lilly Allen was born Lilly Rose Beatrice Cooper is a talented and versatile English actress, singer and songwriter. Born on May 2, 1985, she is also a television presenter. Born to parents in the entertainment industry, Allen quit her education at age 15 to concentrate on music. To promote her music, she uploaded some of her recordings on Myspace, and that was the beginning of her greatness as some of the recordings gained airplay on BBC Radio 1 and subsequently a contract with Regal Recordings.

In 2006, Lilly Allen released her maiden mainstream single, Smile, which became very popular topping the UK Singles Chart in July that year. She followed it with her debut record, and that was a hit making over 2.6 million copies sale and gaining her nominations at the Grammy Award, MTV Video Music Awards, and Brits Awards. Aside from music, she hosted a talk show on BBC Three, Lily Allen and Friends and in 2011 launched her record label.

Lilly Allen was born on May 2, 1985, in Hammersmith, west London to Keith Allen and Alison Owen as the second child of four. Keith is a comedian and Owen, is a film producer. Allen’s parent divorced, and her mother dated Harry Enfield who they lived with in Islington. As a child, she attended 11 schools and was expelled numerous times for drinking and smoking.

Lilly Allen's singing ability was discovered at age 11 by Rachael Santesso, a former University of Victoria music student after hearing her sing Wonderwall by Oasis on the school’s playground. She got impressed and offered her singing tutorials during lunchtime. With this Allen started performing at school concerts and joined the chamber choir. She learned how to play instruments like piano, violin, trumpet, and guitar. She did her first solo In the Bleak Midwinter around that time. At age 15, she dropped out of school to pursue music.

Dropping out of school, Lilly Allen worked with a Plastic Fantastic record store and dealing ecstasy in Sant Antoni de Portmany. At Ibiza, she met George Lamb who became her first manager. However, due to her drinking habit and as a daughter of Keith Allen, she was turned down by several labels. In 2002, she got a deal with London Records with her father’s connection but would later be released after new management took over.

Lilly Allen studied horticulture to become a florist but then was still writing songs and returned to music. She later had a deal with Regal Recordings in 2005 and was paid £ 25,000 to release an album. Since the label couldn’t render her much support due to other commitments, she created a MySpace account where she uploaded her demos. She gained lots of listeners prompting the release of 500 limited editions of 7” LP singles of LDN. She later released two mixtapes titled My First Mixtape and My Second Mixtape.

As Lilly Allen gained more friends on MySpace who listened to her music, she earned the attention of The Observer’s “The Observer Music Monthly” who decided to report about her. Allen in May 2006 had her first mainstream coverage as she appeared on the magazine’s cover. She gained much recognition afterwards, and as a result, the label gave her much attention.

In July 2016, Lilly Allen released her debut album Alright, Still with singles including Smile, Knock Em Out, and Alfie which had already been previewed on MySpace. The US version of Smile was released on iTunes in September 2006, and the full album was released in the US on January 30, 2007. It made it to 20 on the Billboard 200 upon release and made the sale of 960,000 copies in UK and 520,000 in the US as at January 2009.

After the release of the album, Allen performed in several outdoor events including Glastonbury Festival at the Park Stage and at the Concert for Diana at Wembley Stadium to celebrate the life of Princess Diana. The song Smile won her the 2008 BMI songwriter award. With the growing popularity, she had a contract to present one series of her show Lilly Allen and Friends on BBC Three TV. The show discussed her social network helped in launching her music career. Some guests on the show included Mark Ronson, James Corden, Lauren Laverne, Danny Dyer, Joanna Page and Roisin Murphy.

Lilly Allen made a management switch from Empire Artist Management to Twenty-First Artist without touching the core team after the first album. Her record label EMI had also been taken over by Terra Firma. Her second album was delayed due to varied reasons and due to that cancelled her appearance at the Isle of Wight Festival. She, however, showed up at the Glastonbury Festival and dedicated her performance of the song Little Things to her grandmother who had died a day before.

Eventually the second album It’s Not Me It’s You was released in February 2009. The most awaited album topped several music charts in UK, Canada, and Australia and was at number five in the US and certified platinum in the UK. That year she announced she wouldn’t release another record and aspired to venture into acting. In 2011 she formed her record label supported by Sony Music. She later released the third album Sheezus on May 5, 2014, under Warner Bros. Records.

Lilly Allen in September 2007 dated fellow music Ed Simons of Chemical Brothers and revealed in December of that year they were expecting a child. However, in January 2008 Allen's miscarriage and her breakup with Simons followed shortly. She admitted that the miscarriage got her depressed and ended her in a psychiatric clinic for three weeks. A year later she dated a builder and decorator Sam Cooper and got engaged while on holiday in Bali in December 2010. The two announced they were expecting a son in 2011, but Allen suffered stillbirth after complications.

Allen and Cooper wedded on June 11, 2011. Five months after the wedding, the couple received their first child Ethel May on November 25, 2011, and on January 8, 2013, gave birth to Marnie Rose. Allen once revealed that she was stalked for seven years by Alex Gray which negatively affected her life. The stalker had previously emailed his mother on his plan to kill a female celebrity. He eventually broke into Allen's bedroom at night after hiding in her back garden and forced her to move. Allen was not happy about how the Metropolitan Police handled the case and lambasted afterwards. Allen loves cricket and has shown up on Test Mach Special.

With her outspoken posture, Lilly Allen has been involved in several controversies and has been critical on fellow musicians like Katy Perry, Amy Winehouse, and Kylie Minogue among several others. She got on the wrong side of the law and was arrested in London after assaulting a photographer, Kelvin Rush. The photographer may have taken photos of her leaving a nightclub in West End, London. She has been accused of several racist remarks which she has always come in defence. One such remark is when she wrote"I hate it when black cab drivers spend the entire journey on the phone. I WANTED A CHAT!"