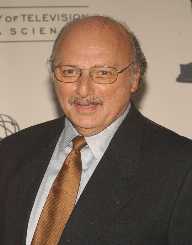 I believe you must have dreamed of becoming a famous actor, but give no thought to the life changes that come with it? Well, acting is an exciting profession and demands a lot of commitments, on set you get the chance to become someone else. To be a great Actor, like Dennis Franz, you have to love to stand in front of people and many times; you will be there as someone else.

However, to understand these other characters you can become, you have to explore and get to know them – one at a time. Dennis Franz found it comforting being anyone the producer asked him to become. To achieve great success, he pursued his acting career leaving other passions behind.

Admittedly, if you have other characters, you want to explore, and you are willing to leave your other passions for it. Then, read on and learn how Dennis Franz achieved his dream and became famous.

Dennis Franz Schlachta professionally known as Dennis Franz is a war veteran, Actor, Television Actor and Film Actor. Franz is renowned for playing Andy Sipowicz, a detective in NYPD Blue series from 1993 to 2005. Interestingly, he won a Golden Globe Award, a Primetime Emmy Awards and Screen Actors Guild Awards for his role in NYPD Blue.

Franz is 73 years, born on the 28th of October 1944 in Illinois, Maywood, United States. Dennis Franz parents - Franz Ferdinand Schlachta (a postal worker and baker) and Eleanor Mueller (a postal worker) were German immigrants. Franz is the third child and has two elder sisters, Heidi born in 1935 and Marlene born in 1938.

Dennis Franz has two step-daughters, Krista and Tracia, from his wife’s - Joanie Zeck - previous marriage. Franz met Joanie in 1982 at a Hollywood nightclub and moved in with Joanie and her daughters in 1984. After eleven years of living together, he proposed to Joanie at his fiftieth birthday and married her in 1995. Presently, they live in Coeur d’Alene, Idaho, United States.

After college, because of his curiosity about the army, Dennis Franz enlisted into the United States Army. He served with the 82nd and 101st Airborne division for eleven months in Vietnam and became a war veteran. Dennis Franz bagged a bachelor’s degree in Speech and Theatre – 1968, from Southern Illinois University, Carbondale, United States.

Dennis Franz is a Jew and practices Judaism – one fo the world's oldest religions – with more than 15 million followers (Jews).

Franz’s trademark is a robust gravelly voice that has garnered countless loyal fans.

After acting in high school, Dennis Franz did not go on stage for a long time because he was serving in the United States Army. However, after the war, Franz followed in the footsteps of his parents and worked as a postman for a short while. Afterward, Franz pursued a career in acting, at that time he became friends with actor Joe Mantegna. Franz acting career kicked-off in Chicago’s Organic Theater Company, though he had performed Shakespeare in the past.

Dennis Franz's facial features made him be typecast as a police officer at the early stage of his career. His career advanced with his roles in, Dressed to Kill, A Perfect Couple, and Body of Double. According to Franz, Andy Sipowicz detective role in NYPD Blue was his 28th time to appear as a police officer. Granted, before Franz played Andy Sipowicz which he is famous for, he played two characters in Hill Street Blues (1985-1987) – a police drama series.

Appearing for the first time on television, Dennis Franz played the role of a Detective – Sal Benedetto, who was corrupt and killed himself. Dennis Franz gained acceptance after his first appearance and returned to play another role after his first role ended. His second role in Hill Street Blues was as Lieutenant Norman Buntz, in 1985 and remained on the show till its end in 1987.

Furthermore, Dennis Franz starred in Beverly Hills Buntz as Lieutenant Norman Buntz. It was a spin-off of Hill street blues, but the show did not last long. Meanwhile, Dennis Franz worked regularly with director Robert Altman and Brian De Palma. Franz featured in three films directed by Altman and five by De Palma.

Also, Dennis Franz got small parts in The Fury directed by Brian De Palma and A Wedding by Altman. However, his role in The Fury got the attention of Steven Bochco - a television producer, who gave him roles that boosted his career. He starred as airport police - Captain Carmine Lorenzo, in Die Hard 2 a 1990 movie. Also, Dennis Franz was a guest star in The A-Team movie.

According to Franz, he had to turn down many films to stay in NYPD Blue because of the schedule. Since the NYPD Blue conclusion in 2005, Franz has been away from the acting spotlight.

Actor and television actor, Dennis Franz made his debut in The Fury a 1978 film and got the attention of Steven Bochco, a television producer. Consequently, Bochco placed him in several television projects. Also, Bochco's Hill Street Blues, a police drama boosted his TV fame. Notwithstanding, Franz rose to stardom in 1993 when he starred in NYPD Blue series as the famous detective Andy Sipowicz.

Despite his acting career, Dennis Franz finds a way to give back to the society. He contributes to charity works, and in 2001, he was a contestant in the celebrity edition of the “Who Wants to Be a Millionaire” game show. On participating, he won $250,000 for his charity. Today Franz enjoys his retirement and is also active in promoting humanitarian campaigns like:

Recording Artists, Actors and Athletes Against Drunk Driving (RADD) and

At the end of NYPD Blue series, Dennis Franz stayed away from the acting spotlight and focused on his private life. Franz spends the summer in his lake house in Idaho with his wife, Joanie. Franz travels with his wife, and they spend quality time with their grandchildren. Recently, Franz told New York post he is interested in acting again when he gets the right opportunity.

Six years after being away from the spotlight, Franz appeared first in 2012. He gave a reading at the National Memorial Day Concert, in Washington, D. C., along with Gary Sinise and Joe Mantegna. Again in 2016, he made a surprise appearance at Primetime Emmy Awards.