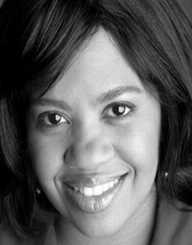 Chandra Wilson is a well-known actress for her role as Dr. Mirada Bailey in the ABC’s drama series, ‘Grey’s Anatomy.’ Her outstanding performance has earned several awards and nominations including four Emmy Awards for Best Supporting Actress. She has also made performances in other films such as ‘Philadelphia,' ‘Accidental Friendship’ and ‘Frankie and Alice.’

Chandra Wilson was born in Houston, Texas, on August 27, 1969. Her mother worked as a postal worker and ensured that during her childhood, Chandra modeled and took dance and acting classes. These after-school activities had her performing musicals at the age of 5 in Houston’s Theatre with Stars Company.

Chandra Wilson enrolled in Houston’s high school and studied arts followed by New York University Tisch School where she earned a BFA degree in drama in 1991. After her graduation, she enrolled at Lee Strasberg Theatre & Film Institute.

Chandra Wilson made her career debut in 1991 when she performed in ‘The Good Times Are Killing Me’ an outstanding performance which earned her a Theatre World Award. Before then she had an appearance in 1990’s ‘Peer Pressure, Drugs and …You’.

As an accomplished singer, Wilson played in the Tony Award-nominated musical, ‘Caroline or Change’ and sung in several other productions. The success followed other guest appearances in films such as, ‘The Cosby Show’ in 1989, ‘Law and Order’ in 1992 and the CBS’ ‘School break Special’ in 1992.

Later in 1993, Chandra Wilson made a performance alongside Tom Hanks and Denzel Washington in the highly acclaimed film ‘Philadelphia,’ and the role played in ‘Mad Dog and Glory'. Additionally, she had a small role in the 1996 film, ‘Lone Star.’

Although she made remarkable performances in all her roles, she struggled to get a prominent role at the time, she worked part-time at a Deutsche Bank as a teller, making presentations for investment banking units to earn a living.

Notably, Chandra Wilson landed in an ABC hit show in 2005, where she performed as Dr. Miranda Bailey in ‘Grey’s Anatomy. ‘Her outstanding performance earned her four Emmy Awards, Screen Actors Guild Award, and a SAG Award.

This commendable performance opened doors to her first directing role in the 7th episode of the Sixth Season of Grey’s Anatomy titled, ‘Give Peace a Chance’ followed by episode 17 titled, ‘Push’ and 6th episode of season nine titled, ‘Transplant Wasteland.'

In 2008, Chandra Wilson played in the film, ‘Accidental Friendship’ as Yvonne and ‘A Single Woman’ as Coretta Scott King. Her performance earned her a Prism Award and two nominations for an NAACP Image Awards and another for Primetime Emmy Award.

In 2009, Wilson performed Mama Morton in a ‘Chicago’ film followed by her role as Maxine in the movie, ‘Frankie and Alice.' Later, she directed a Grey’s Anatomy episode titled ‘Second Opinion’ on November 15, 2012.

Chandra Wilson has been in a relationship for nine years since 2007. With her partner, they have three children two daughters named Sarina and Joylin and a son Michael. She is also the chairperson of the Cyclic Vomiting Syndrome and the celebrity ambassador for CureMito! Her role as an activist was triggered when her daughter Sarina developed the disease in 2010.

Notably, she advocates for people with mental or substance abuse problems and in 2015, she hosted the 10th annual Voice Awards event concerning Substance Abuse and Mental Health Services.