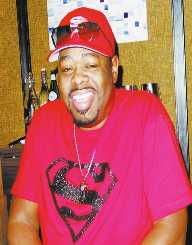 Nathan Morris is an R&B (rhythm and blues) singer and founder of Boyz II Men.

Nathan Bartholomew Morris was born on 18 June 1971, in Philadelphia South, Pennsylvania. Nathan Morris father left the family when he was about ten, leaving two sisters and a brother with their mother. Nathan Morris joined the church choir and played the trumpet, and his 4th-grade music teacher discovered his talent for the relative pitch.

Encouraged by his teacher, Nathan Morris was pushed to go to Meredith Junior High School, which was a performing art school in South Philadelphia.

After Meredith, Nathan Morris had his mind set on pro football, but Philadelphia High School for the Creative & Performing Arts did not have one.

Against his will, his mother and teacher arranged an audition for him at the school, since his grades were too poor to qualify.

During history class, bored Nathan Morris began to sing. His teacher gave a warning, yet he rebelled.

A classmate joined him and got both kicked out of class. The classmate was Marc Nelson, and they joined forces to form Unique Attraction.

In school during 1985, Unique Attraction comprised of Nathan and Marc, with other schoolmates: George Baldi, Jon Shoats, and Marguerite Walker. Wanya Morris, who is not related to Nathan, joined the group in 1987 was a freshman.

After George, Jon, and Marguerite graduated in 1988, they found a new bass singer in Michael McCary. The group then recruited Shawn Stockman, together the five form Boyz II Men, after one of New Edition’s songs.

Nathan Morris and his bandmates performed regularly at school. In 1989 They had snuck into a Bell Biv DeVoe concert in their hometown and sang to Michael Bivins, who was a New Edition member and music producer.

Nathan Morris later got Michael to become the manager for Boyz II Men. Personality conflicts and recording delay led Marc Nelson to exit the group, turning the group into a quartet with Nathan, Wanya, Michael, and Shawn.

Their debut album, Cooleyhighharmony was released in 1991, with first single Motownphilly hitting number one on the R&B charts. Nathan sings baritone and tenor in the group, as he can sing high notes.

It was the second single; It’s the End of the Road that propelled Nathan Morris group to stardom.

The single was number one in Pop Charts for thirteen consecutive weeks, beating Elvis Presley’ 1956 record. The single was written

After a few hits such as On Bended Knee and I’ll Make Love to You, Nathan Morris and members of the Boyz II Men initiated their own recording company Stonecreek, which was distributed by Epic Records. Evolution was released in 1997 and underperformed their other albums.

In 2002, Full Circle was produced by Arista records, and it would become their final album as a quartet.

After Full Circle, Michael McCary left due to multiple sclerosis and its complications. Arista terminated their contract in April 2003, and the other members took a break from music.

Their first release as a trio in 2004 was the Throwback, Vol. 1 LP.  The group followed on with a few more albums since then.

Since 2013, Nathan Morris and the group began performing shows at the Mirage Hotel and Casino in Las Vegas, ending their touring stint.

The sang You Just Got Slapped in How I Met Your Mother’s Slapsgiving 3 episode. Collide is their eleventh album to date, it was released in 2014.

They won four Grammy Awards, nine American Music Awards and five NAACP Image awards for their R&B songs around 1992 and 1995. Boyz II Men were inducted into Hollywood walk of fame in 2012.