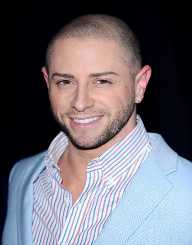 Brian Friedman was born on May 28th, in 1977. His place of birth was in Highland Park, Illinois in the United States. He is from the Jewish descent. Friedman is famous for being a choreographer and a dancer. Throughout his career, he has partnered with world’s renowned celebrities. Some of the artists that he has worked with are Beyonce Knowles, Mariah Carey, and Britney Spears. His choreographing talents landed him as a choreographer in reality TV shows such as America's Got Talent and The X Factor.

Brian Friedman was born on May 28th, in 1977. Friedman began honing his dancing skills right from the time he was young. He began dancing while he was aged 11. During this time, he featured in some dancing shows such as Kids Incorporated and Newsies. By the time he was 16 years old, Friedman was mature enough to handle and manage his dance studio. Some of his early trainers included Kenny Ortega, Twyla Tharp, Vince Patterson and Joe Tremaine. While still working his way up in his career, he worked with several celebrities with the likes of Michael Jackson, Celine Dion, Patti LaBelle, Melissa Etheridge and Salt N Pepa. On film, Friedman has also received credits for choreographing movies such as Charlie’s Angels: Full Throttle and Charlie’s Angels.

Friedman’s career as a choreographer has earned him high acclaim. Aside from choreographing films, he has also helped in performances and several music videos. Some of his works in this field include "Windowlicker"- Aphex Twin and "Me Against the Music," I'm a Slave 4 U," Boys" – Britney Spears. Additionally, he has been an influential figure on TV for choreographing shows such as Will & Grace, Late Show with David Letterman, Billboard Music Awards and The Tonight Show with Jay Leno.

Brian Friedman has also been active in his TV career. He initially worked with So You Think You Can Dance?as a choreographer and a judge for about two seasons. This was followed by a contract from Simon Cowell offering him an opportunity to feature in his show called Grease Is the Word. This show was short-lived as it lasted for one season. In 2007, Friedman landed a huge role on The X Factor. He was to replace Louis Walsh as the judge during that season. During this period, he worked with Sharon Osbourne, Dannii Minogue, and Cowell. Later on, in 2010, he left and within no time, he was offered another contract with the American version of the show called The X Factor- USA.

Shortly after, Friedman went on to direct, danced and choreographed Dancing with the Stars. This was followed by his role as a director and a producer for America's Got Talent. In 2012, he was back working with TulisaContostavlos, Nicole Scherzinger, Louis Walsh and Gary Barlow in the 9th season of The X Factor UK.

Brian Friedman’s mother is called Judy Friedman. She partnered with his mother when he was 16 years old to open up a dancing studio. Friedman is openly gay, and he got engaged to his male spouse, Daniel Brown in 2013.