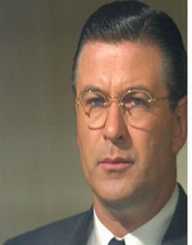 Robert Strange McNamara was born on 9th June 1916. He is famous for leading the United States in the success of the Vietnam War. When John F. Kennedy and Lyndon B. Johnson were presidents, he was the Secretary of defense. He was a known American business executive.

He led to the development of the analysis Policy during his term.

Robert McNamara was born to Robert James McNamara and Clara Nell McNamara on 9th June 1916. McNamara's father was a wholesale shoe sales manager. His father's family were immigrants from Irish. He grew up in San Francisco, California in the United States.

In 1933, as an Eagle Scout, Robert McNamara graduated from Piedmont high school. He was a graduate of the University of California with a degree in B.A Economics minors in Mathematics and philosophy in the year 1937. He was among the fraternity that promoted leadership within student's body. In the year 1939, he graduated with M.B.A from Harvard Business School.

In the year 1939, Robert McNamara worked for Price Waterhouse as an accountant. He was a lecturer at Harvard University School of business in the year 1940.

In the year 1943, as a Captain, he joined the United States Army. This was during World War II. McNamara played a significant role in the Army influenced by his economics and analysis expertise. In the year 1946, as a Lieutenant Colonel, he left the Army.

In 1946, he was hired as a planning and financial analysis manager at Ford Motor Company. He came up with most of the motor vehicle safety features, safety belts, and dished steering wheel among others.

He rose to be the first Ford President outside Ford family on November 9th, 1960.

In December the year 1960, Robert McNamara was appointed the Eighth United State Secretary of defense. His appointment was made by then-President John F. Kennedy. McNamara brought so much to President John's regime. The most memorable is the defusing of the Cuban Missile Crisis among others.

Initiated the plan on how to handle the South Vietnam issue in 1964. McNamara brought equal opportunity in the Army in 1963. In 1968, he resigned after working for seven years as the secretary of state.

April 1968 to June 1981, Robert McNamara was the President of the World Bank. He was the mastermind in the World Bank's transformation. McNamara brought poverty reduction measures among others. World Bank honored him by naming one of the scholarship programs after him.

He retired at the age of 65. He joined several organizations as trustee, the likes of California Institute of Technology and Brookings Institute.

McNamara married his second wife in 2004, Diana Masieri Byfield. This was after the death of his first wife. The wife died in the year 1981 out of cancer.