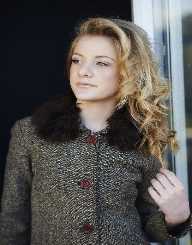 Paige Mackenzie Hyland was born on November 1st, 2000 in Pennsylvania. Her parents Randy and Kelly had two other children- Brooke and Josh, who are both older than Paige. All of her siblings are also interested in dancing.
Hyland briefly dated Nick Kelly, but the two parted their ways after being in an on-again, off-again relationship. She is currently single and focuses on her YouTube career and schoolwork.

The young talent first began her rise to popularity when she was nine years old. Paige participated in the reality show Dance Moms together with her older sister. Abby Lee Dane Company trained the sisters. Although during the competition she was considered the weakest point of the team, Paige gained a lot of fans and followers.

After leaving Dance Moms, Paige did not stop with her activities. She created her YouTube channel where she posts videos of her family and her dance routines. After starting her channel, Paige quickly gained more than half million subscribers, and the count keeps growing.

Paige is an excellent dancer and has a charming personality. She works hard for her goals. In school, she is an excellent student, and her favorite subject is math. In the future, Paige plans to study Political Science. Since Dance Moms, she has not appeared on any other television shows.