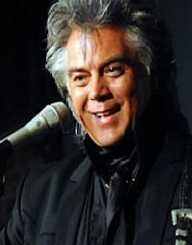 Grammy Award-winning American country music singer-songwriter John Marty Stuart was born on September 30, 1958, in Philadelphia, Mississippi, the United States of America to his parents John and Hilda. He hailed from a mixed heritage of English, French, Choctaw, Colombian and Scottish ancestry.

John Marty Stuart was having an infatuation towards country music from his early childhood days and learnt to play guitar and mandolin before turning 12. At age 12, he turned pro and began touring as a mandolin player with the Sullivan Family, a bluegrass gospel group. The tour concluded with the conclusion of the summer vacation of his school. However, after the life-changing experience of performing with a touring musical group, Stuart could not cope with the humdrum of school life and dropped out of school soon afterward.

White asked him to join the band on a permanent basis after having performed with the Nashville Grass at the Labour Day Concert held in Delaware in 1972 upon being invited by the former. Stuart readily agreed to the offer extended to him by Ronald White and joined the musical group.

John Marty Stuart appeared with the band in the final episode of the fifth season of the American television variety show ‘Hee Haw’, which features country music among others. Lester Flatt dismantled Nashville Grass in 1978 due to his deteriorating health issues.

The following year Lester Flatt died. Stuart moved on and attached himself with fiddler Vassar Clements. In 1980, he joined Johnny Cash's backup band and performed as a guitar player after having worked with renowned guitarist Doc Watson. His first solo album ‘With a Little Help from My Friends’ was released in 1979 by the Ridge Runner Records label.

John Marty Stuart t released his second solo album, ‘Busy Bee Cafe’ in 1982 on Sugar Hill Records. Both his first and second albums were essentially bluegrass albums. Stuart could not garner any commercial success from these two albums.

He remained associated with Johnny Cash’s band until 1985 and performed in the ‘Class of 55’ album along with the rock and roll pioneers like Jerry Lee Lewis, Roy Orbison, Carl Perkins and Johnny Cash before finally leaving the band with a view to concentrate on his solo singing career.

He immediately signed a recording contract with Columbia records. His self-titled album ‘Marty Stuart’ was released on the Columbia Records label in 1986. The first single of the album ‘Arlene’ became a Top 20 hit on the Billboard country charts.

Academy of Country Music nominated Stuart as the Best New Male Vocalist on the basis of his performance in the album particularly for the song ‘Arlene’. His musical journey so far featured prominently as a cover story titled "Nashville's New Hopes" in a Mid-South magazine article in the same year.

In spite of the success of its single ‘Arlene’, ‘Marty Stuart’ failed to succeed commercially. Stuart recorded his next album, ‘Let There Be Country’ immediately following his self-titled one.

However, Columbia Records declined to release the album due to their disagreement and consequent heated argument between Stuart and the label head regarding their decision of excluding Johnny Cash from the Columbia list.

John Marty Stuart returned to his ancestral home in Philadelphia, Mississippi, soon after his first marriage culminated into a divorce in 1988. He was immediately invited by Ronald White to rejoin the Nashville Grass as their fiddler. It helped him in gaining confidence as a singer. In 1989, he signed a recording contract with MCA Records (formerly Decca records).

His next album on MCA Records label, ‘Hillbilly Rock’ finally found commercial success after a long and agonizing wait. Two of the singles of the album including the title track became major hits. The title track of the album reached the Top 10 of the country music charts.

The other hit single, ‘Western Girls’ climbed up to the Top 20. The album received critical acclaim and was compared with the work of another well-known country singer-songwriter of the same era, Dwight Yoakam. The album carried a cover version of the hit song ‘Cry! Cry! Cry!’, written and performed by Johnny Cash which was originally recorded and released in 1955.

His next album ‘Tempted’ was released in 1991. The title track of the album quickly became his first ever Top 5 hit. He recorded another mega hit song, ‘The Whiskey Ain't Workin’, co-written and performed jointly as a duet with Travis Tritt, which featured in the latter’s 1991 album titled ‘It's All About to Change’.

His own album ‘Let There Be Country’, stuck up with Columbia Records due to the dispute was finally released by the recording label in 1992. His then recording label MCA Records released another album ‘This One's Gonna Hurt You’ in the same year. The title track of the album was a duet recorded in collaboration with Travis Tritt and was released as a single.

The single soon broke into the Top 10. Eventually, this album became Stuart’s first Gold album. John Marty Stuart along with his partner Travis Tritt earned their first Grammy Award for Best Country Vocal Collaboration in 1992 for their album ‘This One's Gonna Hurt You’. His second Grammy Award happened a year later which he won for Best Country Instrumental Performance in 1993.

Stuart contributed to the AIDS benefit album ‘Red Hot + Country’ produced by the Red Hot Organization along with other celebrity singers Jerry Sullivan and Tammy Sullivan in 1994. In the same year, he released another solo album from his stable titled ‘Love and Luck’. The album remained unsuccessful commercially.

Marty Stuart married Johnny Cash’s daughter Cindy Cash in 1983. They were later divorced in 1988. On July 8, 1997, he married Connie Smith, a country artist. They have remained unseparated till date. However, John Marty Stuart assumed the dubious distinction of becoming the fourth husband of his present wife.