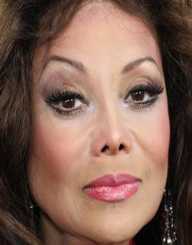 La Toya Jackson was born into a very well-known and talented musical family of performers. First of all, there were her brothers, who made up the favorite Jackson Five group. One of these brothers was none other than Michael Jackson. Everyone knows Michael Jackson for who he is, as well as, his unique music and style. Third, there is little sister Janet, who is also another famous prominent singer. Who is La Toya Jackson? She is a multi-talented lady in every way. She’s a successful singer and songwriter, an actress, and a whole lot more rolled up into one fascinating person.

Her Childhood and Early Life

La Toya Yvonne Jackson was born on May 29, 1956, in Gary, Indiana. She was the fifth child of the Jackson family, the daughter of Joe Jackson and Katherine Jackson. The Jackson brood included ten kids in number. La Toya was born on her older sister Rebbie’s 6th birthday. She is the middle of the female Jackson girls. The other Jackson girls include her sisters Rebbie and Janet.

During her growing up years, La Toya was very shy, and she stood in the background at first. She would go on to spend some of her time with her mother preaching from door to door. It was in 1965 after her mother Katherine decided to become a Jehovah’s Witness, La Toya eventually followed her mother in this religion along with her fellow siblings.

At the age of 16, in 1972, La Toya Jackson joined her out in the spotlight with a tap dancing routine. This event took place after her father arranged for the kids to perform shows in Las Vegas and other cities. She first did gain recognition alongside her two sisters when they all appeared on the family’s TV variety series called The Jackson’s that ran on CBS between 1976 and 1977.


Her Education and Career

La Toya Jackson had a close relationship with her brother Michael. In 1978, she traveled with her brother to New York, where Michael was cast as the scarecrow in The-Wiz. She and Michael had an apartment together in New York, and it was the first time as adults that they had lived anywhere other than the Jackson family home. La Toya, as well as, Michael would not move out of their family’s home in Encino, California until both were in their 30’s respectively.

La Toya and her two sisters often sang, danced, and performed skits together. Under the guiding hand of their father, Joseph, the girls would go on to form a short-lived musical group of their own. But the girls soon did separate to do their own thing because of creative differences. La Toya would go on about a year later to work on her very first solo album.

Her Rise to Stardom

La Toya Jackson began her solo career in 1980 with her debut album that was self-titled. She did see a hit with her first single titled “If You Feel the Funk.” The song did manage to climb into the Top 40 on the US R&B chart. “Night Time Lover” was her second single and it was produced by her younger brother Michael. He also sang the backup vocals on the single and wrote the song along with La Toya. La Toya Jackson’s album did rise to #116 on the US Billboard 200, the #26 on Billboard’s R&B album chart, and also #178 on the UK Top 200.

The La Toya Jackson Album was highest placed album of all her albums. In 1981, a follow-up album was released by Jackson, and this album called My Special Love did produce two singles. These two singles were none other than “Stay the Night” and “I Don’t Want You to Go.”

From 1984 to 1987, La Toya Jackson would go on to record a critically acclaimed album in 1985, which was Heart Don’t Lie. As an artist, she was able to get her biggest of all Billboard Hot 100 hits with the title track from this album. The title track did peak to number 56. Jackson would also capitalize on her rising popularity by licensing her name to a line of fashion. The fashion line was called “David Laurenz for La Toya.”

In 1985, La Toya Jackson did participate in the single “We Are the World” and made an anti-drug music video called “Stop the Madness.” She also made a single called “Baby Sister” in 1985 that was a notable success. At this specific time, she was establishing herself and was becoming an international success.

La Toya Jackson did date Diana Ross’ brother Chico when she was younger. She also dated a young David Gest. Another of her dates was no other than Bobby DeBarge. Jackson would go on to marry her manager Jack Gordon in 1989, and they remained married until 1997. In March of 1989, La Toya wanted to take a stand against her family and prove her independence, and that’s why she decided to pose topless in an issue of Playboy Magazine.

She wanted to make a personal statement to her parents that she controlled her life and not them. She would see exile from her own family when she wrote an autobiography titled La Toya: Growing Up in the Jackson Family. The autobiography accused her father Joe Jackson of physical abuse.

La Toya Jackson saw a lot of changes in her life that drove her to escape and go into seclusion for a while. However, she did return to the world of music in 2003 and became involved with reality television from 2007 to 2009. In 2013, she started her reality TV series called Life With La Toya and had done a lot of projects since the show was created.

In 2016, she got together with a pop star Andy to do the single called “Tehran,” where she sings the entire song in the Persian language. In 2018, she also competed in a celebrity edition of Food Network’s Worst Cooks in America. She beat out Ian Ziering and won the prize on the season of the show. The title was $25,000 and was awarded to Race Erase in her name.