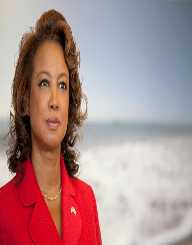 Port Of Spain, Trinidad And Tobago

Jennifer Carroll was born on August 27, 1959, in Port of Spain, Trinidad, and Tobago. Her family immigrated to the United States when she was only eight years old. She attended Uniondale High School in Uniondale, Long Island, New York. She graduated from high school in 1977.

In 1979, she was recruited by the United States Navy where she served as an aviation machinist’s mate. In 1985, Jennifer  was appointed as an Aviation Maintenance Duty Officer. In 1981, she graduated from the Leeward Community College with an Associate of Arts Degree. In 1985, she received a Bachelor of Arts in political science from the University of New Mexico. She moved to Florida in 1986. In 1995, she graduated from the Kensington University where she went to pursue her MBA. In 1999, she retired from the United States Navy. She retired from the Navy as a Lieutenant Commander. In 2000, she ran for a seat in the United States House of Representatives in Florida’s third Congressional district. She did not win but lost to Corrine Brown. She was later appointed as the Executive director of the Florida Department of Veterans Affairs. She held the post until 2002.

In 2003, Jennifer ran for a seat in the Florida House of Representatives in the thirteenth State House District. She won and became the first African American female Republican ever to be elected to the Florida Legislature. She won the seat in 2004, 2006 and 2008 unopposed. She worked on the Commission on Presidential Scholars for three years, that is, from 2001 to 2004. She also served for three years on the Veterans’ Disability Benefits Commission, that is, from 2004 to 2007. In 2004, she served as the Chairman of the 2004 Republican National Convention Committee on Permanent Organization. She was also a delegate to the 2004 Republican National Convention. In 2008, she started studying again to earn an accredited MBA Degree online from the St. Leo University.

In 2011, she became the 18th Lieutenant Governor of the United States state of Florida. She was the first black American and first woman to be elected to the position. The next year she became a member of the Republican National Convention Credentials Committee. She also served as a delegate to the Republican National Convention. In 2013, she resigned from her post as Lieutenant Governor. This was after a controversy came up concerning money laundering and racketeering in connection with Allied Veterans of the Worlds Illegal gambling companies.

In the navy, she received many accolades including the two Navy Volunteer Service Medals, an expert Pistol Medal, two Navy Commendation Medals, two Navy Achievement Medals and the Meritorious Service Medal. In 2013, Jennifer was awarded the International Women’s Day Award by the World Trade Center Miami. A year later she was awarded the Virtuous Woman Award from The Community Arts and Culture.

Jennifer Carroll is married to Nolan Carroll with whom she has three children, Nolan II, Necho, and Nyckie. She is a strong female politician in the United States.