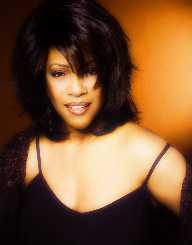 Mary Wilson is an American R&B Singer and vocalist born on March 6th, 1944. Her fame mainly came when she was with the Supremes as lead vocalist. They released hit songs such as “Baby Love” during this time.

Mary Wilson was born on March 6th, 1944. Her place of birth was in Greenville, Mississippi in the United States. She was the eldest child of Johnnie Mae Wilson and Sam. Her younger siblings include her sister Katherine and brother, Roosevelt

Before her rise to stardom, Mary Wilson lived a difficult childhood full of difficulties. Being an African-American, racism was inevitable for her when growing up. Her uncle and aunt raised her till the age of nine when she reunited with her siblings and mother. Her mother made a living as a domestic worker.

While attending her elementary classes in a school in Detroit, she met Florence Ballard. The two became friends and together they performed in music talent shows for the school. Mary Wilson participated in auditions for Milton Jenkins in 1959 after persuasion from Ballard. Luckily for her, she was accepted to The Primettes (later called The Supreme) along with Betty McGlown and Diana Ross. In 1979, Diana left the group. In 1962, she graduated from Northeastern High School in Detroit and decided to focus on music career which was her greatest passion. She went against her mother’s wishes of going to college.

In 1961, Motown Records signed for The Primettes. The name of the group then changed to The Supremes. The group went ahead to produce "When the Lovelight Starts Shining Through His Eyes" in 1963 which was a great hit. Their song “Where Did Our Love Go," took them to the top charts of pop charts. By 1964, they were quit famous internationally.

In 1976, The Supremes released "I'm Gonna Let My Heart Do the Walking" which marked its final hit song. The following year, Wilson quit the group. Eventually, the group disbanded officially. In 1976, her memoir Dreamgirl: My Life as a Supreme took Wilson to great heights of success. The book became among the best sellers at the time.

Mary Wilson released another memoir in 1990 entitled Supreme Faith: Someday We'll Be Together. This second memoir also became a best seller book at the time. During this time, she began making many guest appearances on Television shows. She also performed frequently in resorts and casinos in Las Vegas.

In 1992, Mary Wilson released Walk the Line album after signing with CEO Records. In 2001, she featured in Leader of the Pack – The Ellie Greenwich Story of the national tour. The following year, she became U.S. State Department’s "culture-connect ambassador." This is a position she achieved through the appointment of Colin Powell, the Secretary of State. She then became a musical activist during this time. Wilson appeared in 20/20 in April 2008. She also appeared in The Paul O'Grady Show in 2009.

In May 1974, Mary Wilson tied the knot with Pedro Ferrer. The couple was blessed with three kids namely: Pedro Antonio Jr., Turkessa, and Rafael. They divorced in 1981. She has adopted Willie, her cousin.