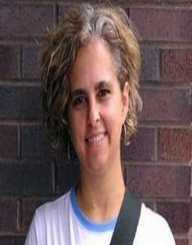 Children’s author Kate DiCamillo was born on the 25 March 1964 in Philadelphia, Pennsylvania. When DiCamillo was five, she moved with her mother and brother to Florida. She was a sickly child and spent a lot of time reading.

Kate DiCamillo studied the University of Florida, Gainesville and obtained a BA majoring in English (1987).

In the late 1990s after four years working with children's books in a book warehouse in Minneapolis, DiCamillo became interested in writing for children. Her first novel Because of Winn-Dixie was published in 2000. In 2001 The Tiger Rising was released and in 2003 The Tale of Despereaux, which won the Newbery Medal. She followed up this success with The Miraculous Journey of Edward Tulane in 2006, The Magician’s Elephant in 2009, Flora and Ulysses in 2013 and Raymie Nightingale in 2016. DiCamillo has also written the Bink & Gollie series (2010-2013) and the Mercy Watson Series (2005-2009).

When her family moved to Florida when Kate DiCamillo was five years old, her father had been expected to join the family in Florida but decided not to do so. The sense of loss of a parent permeates her books. She deals with sometimes tricky subjects in subtle, sensitive way and has won many awards for her work.

Universal Pictures released the Tale of Despereaux in 2008. The story of a bookworm mouse and a princess was narrated by Sigourney Weaver and directed by Robert Stevenhagen and Sam Fell.

The animated short film of Bink and Gollie was released in 2012. This was a short film, lasting 14 minutes and was directed by Kate DiCamillo.

Kate DiCamillo has won two Newbery Medals. In 2003 she was presented with the medal for The Tale of Despereaux (2003), and in 2014 she won it again for Flora & Ulysses (2013). In 2014 DiCamillo also won the Guardian Children’s Fiction Prize for Flora & Ulysses. The same year, she was appointed the United States National Ambassador for Young People’s Literature for 2014 and 2015.

Kate DiCamillo is unmarried, without children and is an aunt to three children. She lives in Minneapolis, Minnesota. In 2014 the Library of Congress selected DiCamillo as the national ambassador for young people’s literature for 2014 and 2015.